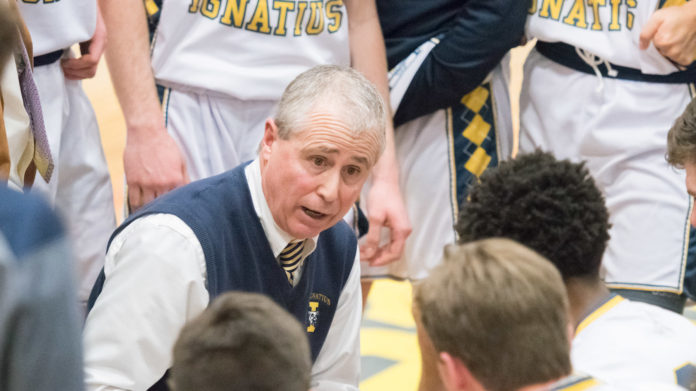 Long after a successful Saint Ignatius Basketball and Golf season Mr. Becker ‘77 announced his stepping down as head coach. While golf welcomes PJ Myers ‘99 as their new leader, basketball still waits on the perfect candidate. Athletic Director Mr. Fitzpatrick ‘88 spoke to me saying, “We hope to name a new coach by the end of the week.” As the process is still going on he was not able to comment on the names of the candidates.

As Mr. Becker’s stepping down has been talked about so has his past achievements. He won the only basketball state title in 2001 and led a state runner up team in 1998. “He’s stepping down because it is time to settle down, he’s earned his time with his family.” Mr. Becker not only served the basketball and golf team well but the community and students also.

Many take for granted how challenging it can be as teacher as well as coach and father. “Being a coach is a vocation for him and being a teacher also adds another load of work to be done. His stepping down relieves that work, and rightfully so.”

To wrap things up we all have to recognize that the entire Saint Ignatius community owes Mr. Becker a great deal of thanks. He truly models why Ignatius is so successful not only in wins and losses but also creating men for others. Mr. Becker will continue to teach in the math department, but as a coach these will be tough shoes to fill.