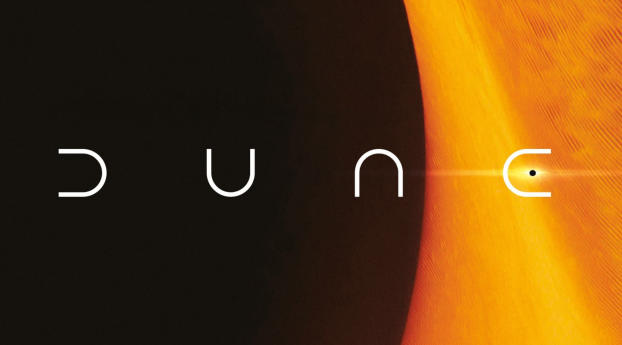 If there is one thing Hollywood has repeatedly proven, it is that no property is safe from being dragged kicking and screaming to be butchered live on the big screen. The bad adaptation has been a staple of the movie season for as long as most movie-goers can remember, and will continue to be one for years to come. Among the most recent victims of the slaughterhouse to grace our screens are Disney’s confused attempt at Artemis Fowl (2020) and the woefully uninspired Monster Hunter (2020); To say these and other such films were a disappointment would be lying, as that would imply there were ever expectations for them to begin with.

So, dear reader, imagine my hesitation when I heard that Frank Herbert’s legendary Dune was receiving a film adaptation. “Surely,” I thought to myself, “this is but another project doomed to fail. Dune is far too dense, too difficult to ever properly adapt.” And then, I saw the trailer, and part of me dared to hope. Yet, uncountable letdowns before had wisened me; I knew the dangers of unregulated expectations, and recalled an oft-repeated mantra in those days: “I must not hype. Hype is the mind-killer.” It was with this litany that I walked into the theatre with eyes unclouded.

So. Having seen the film, it is with an elated heart that I declare that Dune has met and even exceeded all hopes I have had for it. Director Denis Villeneuve, who previously directed critically acclaimed Blade Runner 2049 and Arrival, has delivered a film which is, in this writer’s humble opinion, nothing short of marvelous. If the adaptation machine is the foul slaughterhouse driven by greed, then Villeneuve is the Harvey Washington Wiley come to set things right.

There are few things I could not laud this film for. The film is visually stunning throughout, thanks in no small part to the captivating cinematography and outstanding CGI. The spaceships and set designs feel alien yet familiar, with the Ornithopter being a particular fan favorite. The film possesses an acute sense of scale; one is able to feel the size and power of the ships, and of the creatures beneath the sand. The action is tight, with none of the shaky cam that seems to plague most modern action scenes.

The weaker willed may balk at the runtime of the film, a hefty two and a half hours, yet I was glued to my seat the entire time, and found myself immediately wanting more as the credits began to roll. Dune (Part 1) is an incomplete adaptation of the first Dune novel, stopping at just past the novel’s halfway point. Although the creation of a Part 2 was uncertain before the film’s release, continued success in box offices globally makes it seem more of a certainty with every passing day.**

Some readers may consider my opinion biased on account of my love for the book, and rightfully so. That is why I, for the sake of science, had two friends who had never so much as heard of Dune accompany me to the film. The results of my experiment were overwhelmingly positive. They both left the theatre supremely impressed, one going so far as to proclaim the film a “resounding success on all fronts.” Before seeing the movie, my fear was that the translation from book to film would make the dense plot too hard to follow and leave non-book readers confused; fortunately, this fear proved to be unfounded, as they were both able to follow the plot closely with minimal confusion.

That’s not to say I did not have my gripes with the film. The number of details and subplots cut from the book leave me apprehensive about how they will be handled in a prospective part 2 (maybe we’ll one day get an extended edition à la Lord of the Rings), and I’m not entirely happy with how certain things changed during the transition to the big screen (I’m still not wholly convinced of Zendaya as Chani). My biggest complaint, however, is the audio mixing. The music occasionally overpowered the dialogue to the point of unintelligibility, the bass and general volume overwhelming at times. The auditory experience was, as one anonymous movie-goer described it, “a pleasant assault on the senses.” However, whether or not this was the fault of the film or the theatre is impossible for me to discern (though my money is certainly on the theatre).

Having been published in 1965, it’s hard to understate the influence Dune has had on the Sci-Fi genre. From Star Wars to Warhammer 40k, the novel has continued to have a profound effect on media even beyond Sci-Fi to this day. I dearly hope that Dune continues to be a success so that the entirety of the story can make it to the big screen, both for myself, and so that people are able to fully experience this story for themselves. I am looking forward to what Villeneuve and his team will do next.