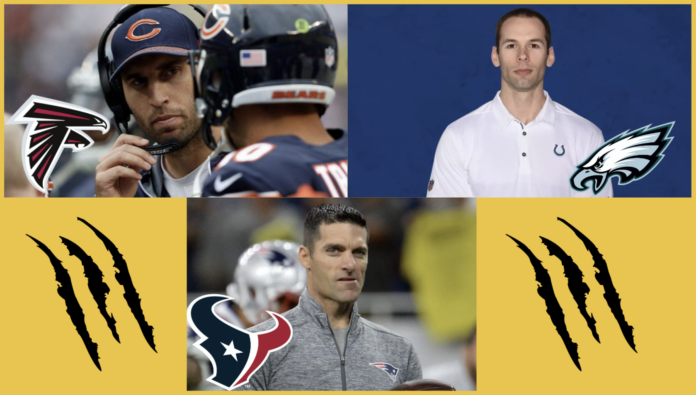 Now that the Tampa Bay Buccaneers have won the Superbowl, the league looks to the offseason to strengthen their rosters and staff. Luckily, it seems that there is hardly a better place to look than within the Wildcat alumni community. Early in offseason hirings, Dave Ragone ‘98 and John Gannon ‘01 were both hired as coordinators in the NFC, a beacon of Ignatian pride expanding into sports.

Ragone, having successful football and basketball campaigns, played quarterback for the Wildcats and went on to play for the Louisville Cardinals. He most recently worked as the Passing Game Coordinator for the Chicago Bears. However, the Bears’ passing game was far from desirable this season, quarterbacks Mitchell Trubisky and Nick Foles both underachieving on this defensively-led team. Trubisky still made one Pro-Bowl and the playoffs twice under Ragone’s scheme. Despite the concerns, Ragone will be joining the 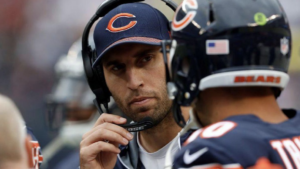 staff of Falcons Head Coach Arthur Smith, who led one of the most dangerous offenses on the Tennessee Titans. While he will not have Derrick Henry, Alabama receivers Julio Jones and rising-star Calvin Ridley are certainly upgrades from Allen Robinson and Darnell Mooney. Ragone will also work with tight end Hayden Hurst and veteran QB Matt Ryan, though the Falcons are likely to draft another QB: either BYU star Zach Wilson or Ohio State’s Justin Fields, Wilson being the better option. Nevertheless, Dave will have plenty to work with as Atlanta’s offense has never been the problem since their Super Bowl LI loss.

Gannon, a former safety for the Wildcats, played at Louisville as well. After many years with the Minnesota Vikings, he has served as the Defensive Backs Coach for the Indianapolis Colts for the last two NFL seasons, who flaunted one of the best DB units in the league. The products of Gannon’s success are visible, as cornerbacks Xavier Rhodes, Rock Ya-Sin, Kenny Moore II, and safeties Malik Hooker, Julian Blackmon, and Khari Willis all had great 2020 seasons. 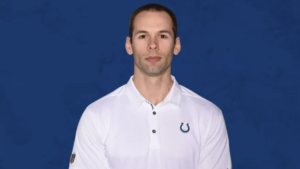 Unlike Ragone, Gannon’s team’s strength was on his side of the ball. The Colts’ well-coached defense stepped up in big moments, erasing many concerns that could be associated with this hire. Gannon will be joining the Philadelphia Eagles as the Defensive Coordinator under former Colts’ Offensive Coordinator Nick Sirianni as Head Coach. The Eagles defense is currently in a precarious situation, but Gannon is well qualified to take on the task. He will have a lot on his plate in terms of roster and scheme thanks to former Head Coach Doug Pederson turning the team into a dumpster-fire, but he does have some key pieces: edges Brandon Graham and Josh Sweat, tackles Fletcher Cox and Malik Jackson, and cornerback Darius “Big Play” Slay. Still, this is a rebuilding team that has a lot of holes that need to be filled, and many of their better players are aging. Nevertheless, Saint Ignatius will be excited to see what Gannon can achieve in Philly.

In addition to these two highly successful Saint Ignatius alumni, Nick Caserio, cousin of Carmen Caserio ‘22, was recently hired as the General Manager of the Houston Texans. While he is an alumnus of the University School (Hunting Valley, OH), his connections to the Saint Ignatius and Northeast Ohio communities make him a significant hire from a Wildcat perspective. After playing for John Carroll, he joined the coaching business at Saginaw State and Central Michigan. 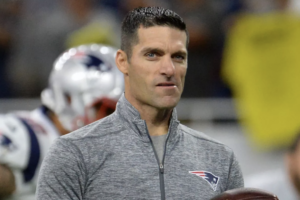 This caught the attention of Bill Bellicheck and the New England Patriots, serving many different roles in the organization since 2002. His largest role within the franchise was as Director of Player Personnel, which earned him a large stake in the future of the Texans.

We wish good luck, hoping it will not be needed, to all of the members of the Ignatius community taking their careers to the next level, using just a few in the NFL as examples. Go Cats!