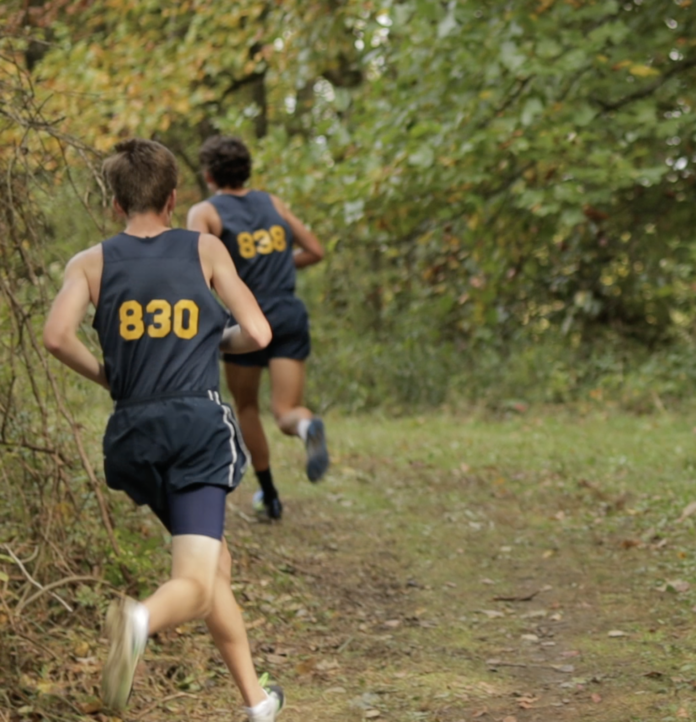 The Wildcats trailed Woodridge by just 12 points in a great day at CVNP.

For the second-to-last meet of the regular season, the No. 7 ranked Saint Ignatius Cross Country team trekked to what is known as the hardest high school cross country course in Ohio to take on back-to-back D2 state champions Woodridge, along with #3-in-the state-Mason. From Cuyahoga Valley National Park, the CVNP Woodridge Invitational took place on Woodridge’s home course, setting the Wildcats up as massive underdogs.

The Cross Country Cats train mostly at Mastick and Edgewater Park, almost entirely flat areas. They do workouts, easy runs, and long runs almost only on paths where the elevation gains and losses over 7-10 miles can be well under 100 feet total.

At this race, they were faced with 3.1 miles that featured 489 feet of elevation gain and 524 feet of elevation loss, over 1000 ft combined in just 16,000 ft of running, earning the course the nickname of “the hardest course I will ever run” from Aidan Monroe before the race even started.

From the start, the Wildcats saw nonstop rolling hills with some absurdly tight turns and monster ascents. The “Killer Hill,” one of three climbs during the race of over 100 ft elevation gain, started around 1.5 miles in and climbed almost 120 ft over a full quarter of a mile—by far the most brutal part of the race. Another climb of 75 feet came 2.5 miles into the race, where the Cats toughened up and passed many other runners. The race finished with an absolutely flying downhill known to bring the absolutely exhausted runners to nearly tumbling over the line.

The team race was very close. When it comes down to just 12 points, it is hard to know that just getting the next couple guys in front of you could have made the difference. Regardless, being this close to the #1 D2 team in the state and beating the #3 D1 team has given the Cats new confidence. Just 35 days out from the state meet, the Cats will continue to work at the same level they have throughout the summer and early season until tapering, or lowering mileage to reach peak performance, arrives in late October.

This Tuesday, 14 more JV Cats will run at the George Gross invitational, and 10/21 will be the annual St. Joe’s Mastick race.

Next Saturday, a return to Trumbull County Fairgrounds is on deck, where the Wildcats are the reigning team and individual champions. The Cats will look to defend their titles and have a strong finish to the regular season before a week off before Districts. Districts will likely be at Lorain County Community College on October 24. If you can make it, please come out and support the Cats there as they look to defend their team and individual titles!