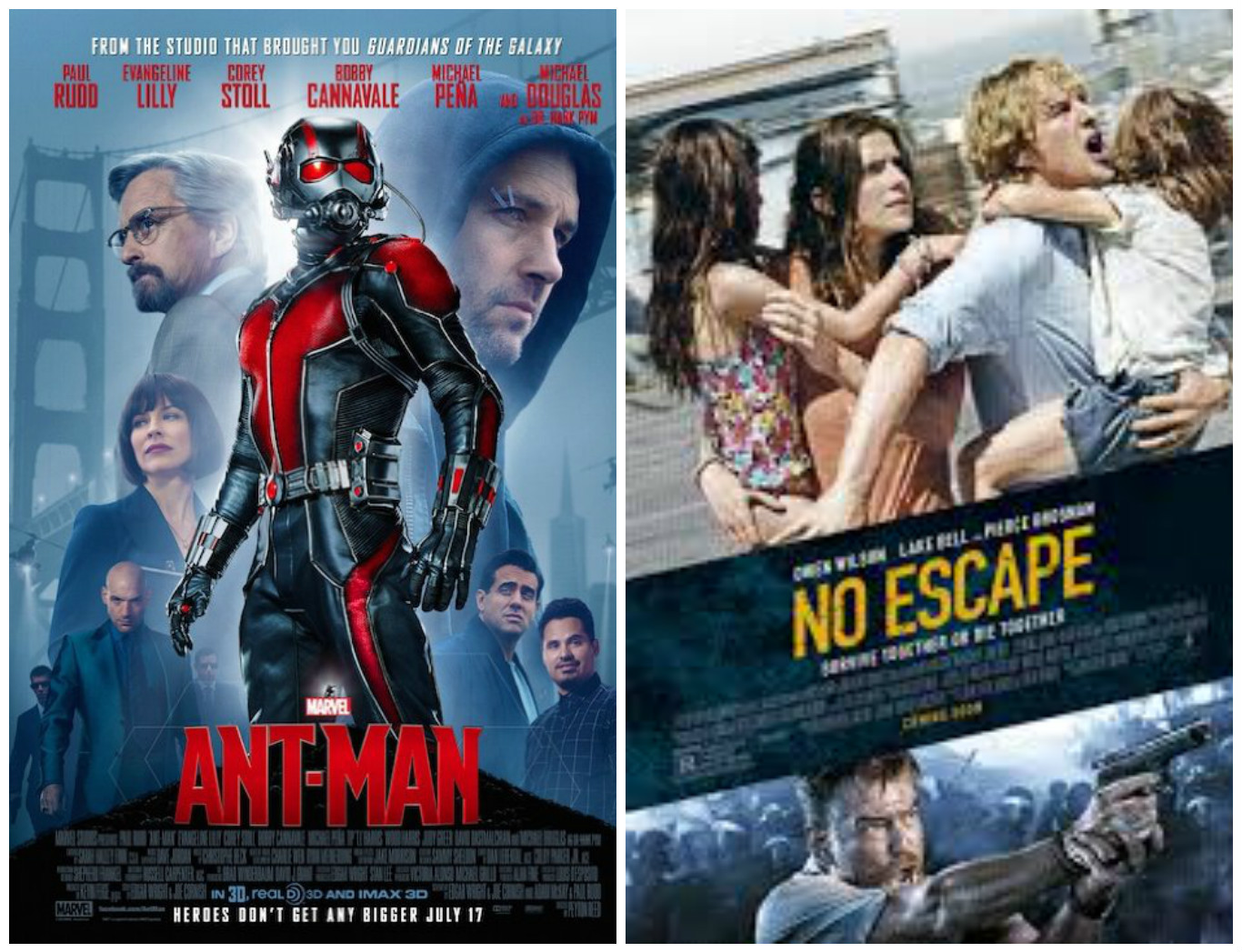 No Escape
Starring Owen Wilson and Pierce Brosnan, this movie was a classic example of looking better on paper and in the early trailers than it did on the big screen. The basic premise of the movie is that Wilson and his family move to a Southeast Asian country for a job opportunity. Things go awry when a violent uprising begins, and the political leaders issue an order to execute foreigners. It wasn’t a total disappointment, as Wilson and Brosnan both performed their characters well, as did the supporting cast. Despite excellent acting, this movie had little character development, average screenwriting, and in the end didn’t live up to high expectations. The plot of the movie wasn’t fantastic, but it was good enough to keep the viewer’s attention and was able to provide nice thrills and cliffhangers.No Escape was a moderatly mediocre movie that could have been great had more attention been given to the screenwriting and story line development.
Grade: C+

Ant Man
Ant Man may not have been as talked about and advertised as recent Marvel movies, such as Avengers: Age of Ultron, but it certainly succeeded in being one of Marvel’s success stories of late. Paul Rudd plays Ant Man, and was backed up by a great supporting cast. It may have been a smaller scale than most Marvel films, but it really was very well done. The film managed to take on a less serious note, as it portrayed one of Marvel’s lesser known heroes, which allowed the movie to develop an uncomplicated, fun plot and incorporate comedy into the movie. Another great thing about Ant Man is that it stays within its own story while still building up to the overall plotline of the Marvel Universe. Recent Marvel films have failed on occasion to stay within their story and instead try too much to build up to the next event or movie. Ant Man stays within their story all the way through, and only referenced outside events when appropriate. The director, Peyton Reed, did well to keep the film interesting and direct. Look for Ant Man to make appearances in future Marvel movies, including upcoming Captain America: Civil War.
Grade: A