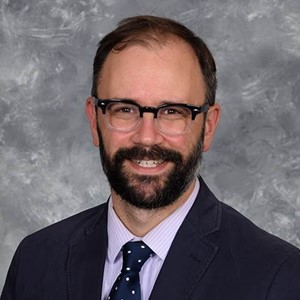 I sat down with our Assistant Principal for Academics, Mr. David Sabol ’99, in an exclusive interview to discuss this year’s changes to the schedule. Here’s what happened.

Before we talked about this year’s schedule, Mr. Sabol and I discussed why the school changed from the 9-period schedule at all. He explained that the shift to the schedule we have now had been planned for a long time. From the beginning, it was envisioned that a new schedule would have longer classes that met less often, time during the day for activities, built in professional development time for teachers, and the addition of an advisory period. The administration had been waiting for an opportunity to implement changes to the schedule, and the return from distance learning post-Covid provided the perfect time to make the change.

Moving on, we began talking about this year’s schedule specifically. Of course, the conversation quickly turned to the lunch period. Under last year’s system, lunch, extracurriculars, and advisory were all competing for students’ time in the same block in the middle of the day. The decision was made to remove lunch from that block and implement a split lunch system — a system used by many other schools. As Mr. Sabol explained, the driving goals of the changes were to reduce the stress on the dining staff and to shrink lines. Last year, the dining staff had to prepare enough food in the morning to feed the entire student body at once as everyone poured into Rade to eat right at the start of the period. Now, the lunch periods are staggered by the location of a student’s third period class. This allows the dining staff time between lunch periods to prepare and restock, correcting a significant problem from last year’s schedule.

Mr. Sabol acknowledged students’ complaints about not being able to eat lunch with friends but noted that, before last year, that had never been the norm. He pointed out, “Under the 9-period schedule, there were people that you would never have the same lunch period with throughout the entire year,” while under the new schedule, students will share a lunch with many different people as the schedule cycles through on a predictable basis. Regarding complaints about lunch line lengths, he stated that the school had measured an overall reduction in line sizes compared to last year and had received positive feedback from the dining staff on the changes’ effects.

Another goal of the changes to the schedule was to rekindle the after school environment by encouraging extracurriculars to utilize that time to meet instead of just relying on the activities period. As Mr. Sabol explained, “In past years, there was a greater after school culture. People would stick around after the school-day ended for clubs and other activities. But Covid changed that. Students starting going home right after classes were finished, and the school began to empty out after 3 o’clock.” He asserted that the administration “want[s] to encourage students to stay on campus during that time after school.” One reason that the end of the school day was shifted from 3:15 to 3:05 was to give students that extra time after school to meet and organize groups, and Mr. Sabol urged students utilize that time for extracurriculars.

Moving forward, Mr. Sabol noted that the administration continues to evaluate feedback from students, faculty, and other focus groups in order to guide future changes. Mr. Sabol encourages students to continue giving feedback to the administration; however, he also expressed that changes are difficult to implement mid-year. He finished our interview by acknowledging that the schedule is never going to be perfect because “ultimately, every schedule is going to have tradeoffs” but emphasized that the administration is listening and is dedicated to developing a schedule that works best for everyone at Saint Ignatius.