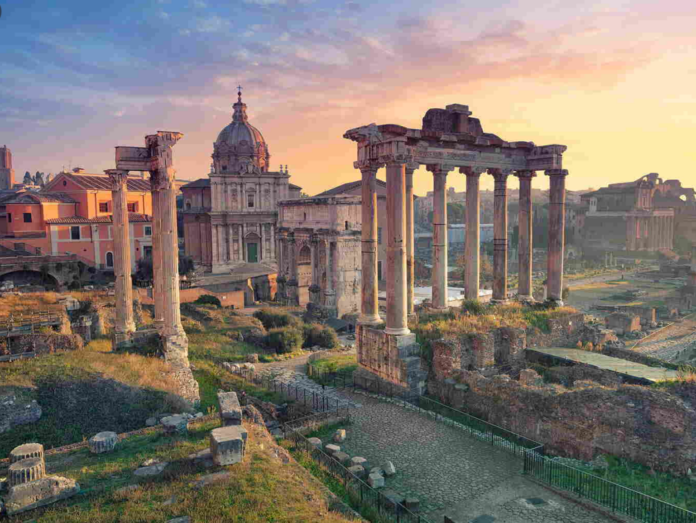 The Eye recently interviewed Executive Chairman and Co-Founder of the Forum Raymond Yeh ‘21 to see what he loves about the only non-partisan political discussion-centered club at Saint Ignatius: the Saint Ignatius High School Forum. When asked about the inspiration for the club, Yeh spoke about how for his AP Seminar Individual Written Assignment he wrote about the negative effects of social media and the 24-hour news cycle and how they had not only harmed the American political discussion but the whole of American society.

As any dutiful researcher does, he found a solution: a “depolarizing space”. The goal of such a place would be bringing people together, teaching others to understand people complexly. They may disagree less than before coming, but agreement is not the point; the hope is all see each other’s views. When asked about the logistics of starting a club that may be fraught with discord, Yeh said that in the first meetings there were often imbalances between the political beliefs, so he, along with Co-Founders Michael Sarkis ‘21 and Sanat Subhash ‘21, would have to defend positions they disagreed with to avoid “pile-ons”, drowning out the arguments of a smaller group.

Yeh stressed how at no meeting has there ever been a “winner” or “loser”, as crowning someone would defeat the point of the group. Although the pandemic has been tough on the club, they kept in touch online, and on return to school they continued meeting. Since then, they have collected a “great group of politically-minded people who gather together in diplomatic fashion for the sake of seeking realistic compromises, with which everyone can walk away pleased.”

Yeh concluded the interview saying “My request to your readers is this: Take the time to educate yourself on the pressing political issues plaguing our society, Formulate your own opinions don’t just regurgitate the talking points of the talking heads on Fox or CNN. Visit the Forum at some point in your career at Ignatius, speak up for the things you believe in. Thomas Jefferson once said ‘all Tyranny needs to gain a foothold is for people of good conscience to remain silent.’ Seek to be heard only after listening, seek to be understood only after understanding, seek to question only if you are prepared to be questioned. Find those who disagree with you, and talk with them, question everything.”

The Forum meets in LH 323 and on Zoom every Monday after school.