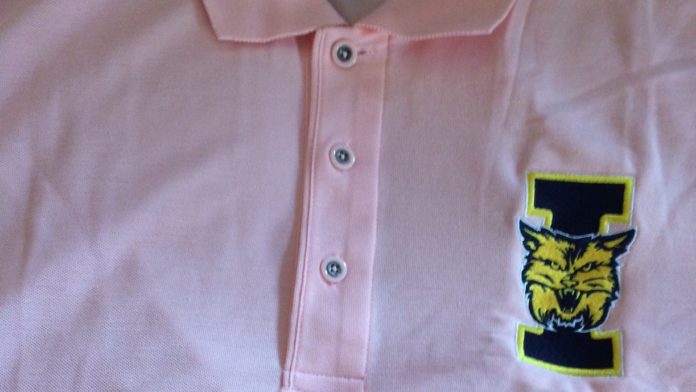 Everyone knows the reason behind wearing pink, but do we ever put the cause with the faces or the people who suffer through the disease? A decade ago, English teacher, Kim Gross, began a “Think Pink” campaign at her school in Virginia. The campaign donated money to breast cancer research through shirt sales.

Mrs. Gross led a similar campaign at Lutheran West High School, with all donated money given to members of the Lutheran West community who were impacted. She said, “After doing a unit with my sophomores here at [Saint] Ignatius back in September, I realized breast cancer’s impact is here as well. I have too many students who shared stories of finding out their mother’s diagnosis and the blow it was to their families.”

Mrs. Gross then set out on a mission to continue the idea of helping others. Her classes came up with the idea of pink polos. The money from the shirt sales will benefit someone in the Saint Ignatius community who is currently battling cancer, because the toll cancer takes can be financial as well as physical and emotional.

Students in English II and AP Language and Composition came together to sell shirts and promote this idea. The success of the sale came through the students’ effort and enthusiasm put forth in the project. “Because we had such a small window for sales, my goal was to sell 100 shirts. We went above and beyond and sold 212 shirts. At this point we have made over $300,” Mrs. Gross said. This group of students wants to continue to raise more money and will be selling different shirts in the near future. New designs will be available within the upcoming weeks.