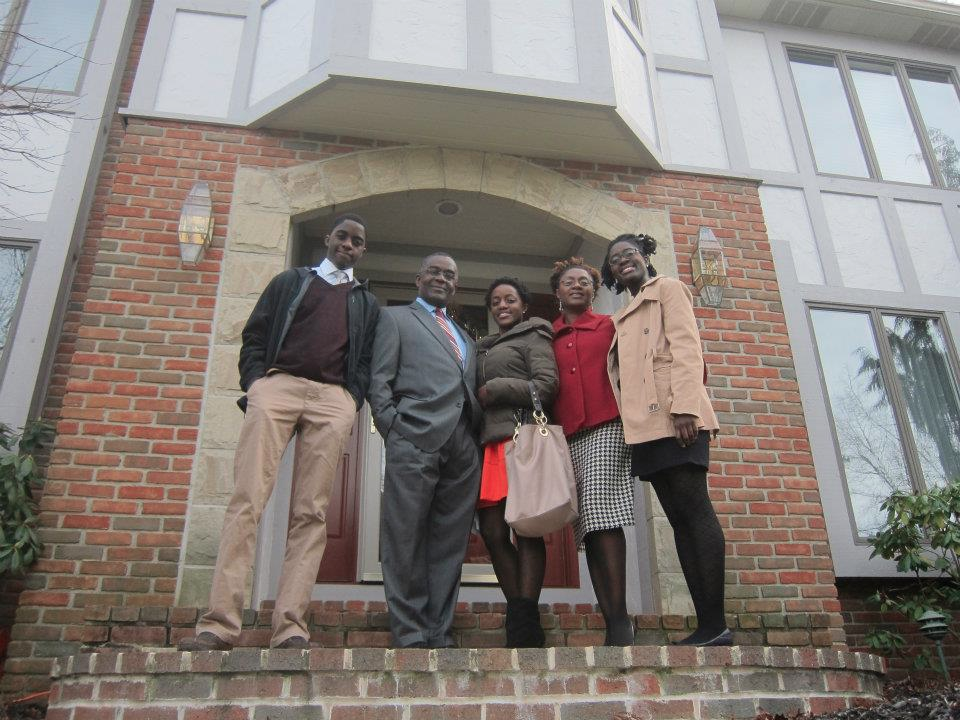 There are 196 countries in the world and 1,495 students attending Saint Ignatius. With a ratio like this, it is inevitable that there will be diverse backgrounds on the heritage spectrum that goes farther than the confined corner of Northeast Ohio.

When a student arrives at Ignatius freshman year, one of the first characteristics he learns of his fellow classmates is whether they live on the West Side, East Side, or South Side (or North Side, if you are one of those people.) However, where Ignatius students come from is not simply defined by this common characteristic of one’s location according to the Cuyahoga River. Instead, it is defined by the heritage that shapes the student’s character and contributes to the graduate he becomes at graduation.

Saint Ignatius is one of the most diverse high schools in Ohio with students whose parents or grandparents immigrated to the United States from an array of countries. The following features are just a sample of this diversity.

Yaw’s parents both immigrated to the US from Ghana: his mom when she was nine and his dad after he graduated from medical school. They both speak English, but they also speak Twi, which is a Ghanaian language that is most common in southern regions of Ghana.

“My ethnic background has some beliefs … like the value of education and being engaged in ones community,” said Yaw.

“My ethnic background has some beliefs that parents like to pound into their kids’ heads like the value of education and being engaged in ones community,” said Yaw. This philosophy according to Yaw has strong roots in the values and actions of the people of Ghana.

Yaw says that if there are any difficulties that come along with being a member of an immigrant family, he is oblivious to them, citing, “The Ignatius community has always been respectful of my ethnicity.” In addition, the only effect his heritage has had on his life at Ignatius is that many people have asked him about his parents’ origins.

Yaw appreciates having his heritage because it is something that automatically makes him different from what the standard American crowd is used to seeing or meeting, saying, “It’s always nice to have a different name.”

Although not related in any way, it seems unfair to include one Jakubowski without including the other.

Paul’s parents immigrated to the United States from Poland. His grandmother raised him during his infant years and taught him Polish as his first language while his father was working in construction and his mother as a nurse midwife.

Paul says his family keeps all of the traditional customs during the holidays such as eating Red Borscht on “Wigilia” (traditional Christmas Eve supper) and sharing Oplatki (square looking hosts) before Christmas dinner.

“I frequently visit Poland and keep my strong family values intact with my cousins, uncles, aunts, and grandparents,” said Paul, citing one his favorite aspects of his heritage. Also, Paul says the stigma of being different or worse than others really isn’t too noticeable in his life, saying, “[My heritage] helps me relate to others who are culturally diverse, while also differentiating myself from amongst the student body.”

Carl Jakubowski’s grandparents immigrated to the United States on both sides of his family. On his mom’s side, he is half German, and he is a quarter Polish and a quarter Slovak on his dad’s side but does not speak these languages.

Carl continues Polish holiday traditions as well, eating Oplatki (flatbread wafers) on Christmas Eve and Paczki (jelly donuts) on Fat Tuesday. Carl cites food as one of his favorite aspects of his heritage, saying, “I love pierogies, plus kielbasa is pretty good too from the Polish side. Bratwurst and even sauerkraut are some of my favorites from the German side.” Also, Carl’s grandfather would often listen to polka music, so this has become a special part of his past. Catholicism has also played a huge role in Carl’s life because it is deeply rooted in the countries that make up his heritage.

Carl doesn’t think his life is too different from anyone else citing, “I like to think that if you work hard and have morals, you can get to where you want to go no matter who you are.”

On a final note, Carl states, “I recently saw a movie of my family on my dad’s side in 1955, and that was awesome to be able to witness. Just about everyone drank a lot, including even my great grandmother.”

The Picniczky brothers’ grandparents emigrated in 1956 after the Hungarian revolution, which according to Keve, failed miserably. They then got involved in Cleveland’s Hungarian community upon their arrival. Keve and Bende are third generation Hungarians, but their ties to their heritage are very strong.

“I don’t want to lose my unique culture, especially since there are very few Hungarians in the world as there is,” Keve said.

They speak, read, and write fluently in Hungarian as well as German because their father minored in German in college and spoke to them in it while they were young. Some Hungarian traditions include: constant use of paprika spice in most foods, famous for pastries, sausages, Chicken paprikas, and Gulyas (Goulash) stew; a rich folk culture, including 300,000 folk songs recorded in history and diverse folk dance varieties; and cultural village traditions such as pig slaughtering, Harvest celebrations, and superstitious beliefs during Easter.

Keve says that he is most proud of being able to speak Hungarian fluently while still being third generation, stating, “I’ve kept myself educated about my culture through Hungarian School, the Hungarian Scouts in Exteris, and the Hungarian Folk Dance Ensemble.”

Keve says that he still faces the adversity of the “melting pot” culture in the United States. “I don’t want to lose my unique culture, especially since there are very few Hungarians in the world as there is,” Keve said. Hungary has lost much of its territory and population to countries such as Czechoslovakia and Yugoslavia, and many Hungarians have immigrated to the US; therefore, Keve says his biggest challenge is keeping and maintaining his culture.

Keve is involved in a folk dance group and Hungarian boy scouts, but says one of the biggest effects of his heritage at Ignatius is his involvement in the Global Outreach Program. Keve will be traveling to Hungary in the spring for four weeks to study at a Jesuit high school Miskolc, making him one of the first students to try a study abroad program during the school year. “I’d be the test-drive for future Hungarians and other ethnicities attending St. Ignatius, and I’m actually really excited for the new experience and hope to learn much from it.”