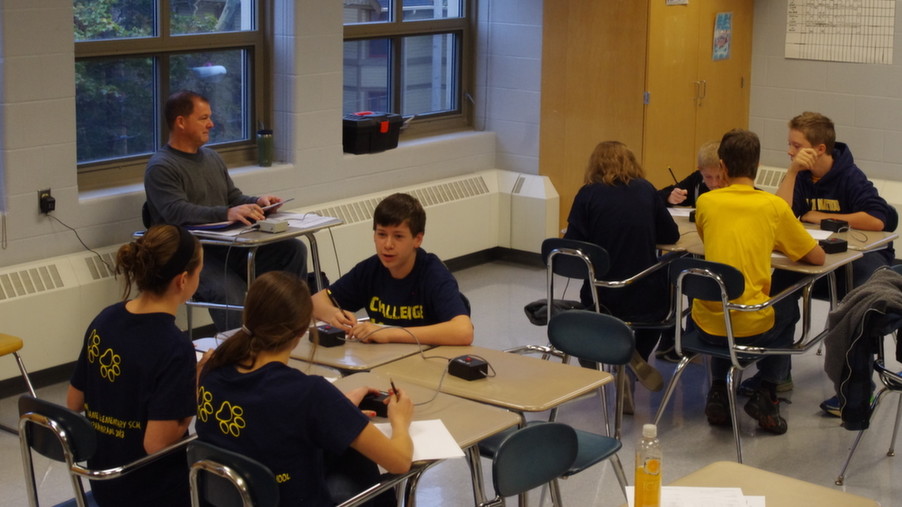 There were 24 teams from different schools, split up into four divisions of six teams. The top two teams from each division made it to the playoffs, where an eight-team tournament was used to determine the winner. In their third final-round appearance, Incarnate Word Academy beat St. Christopher.


Each round of the Brawl is composed of three sections. According to Mr. Barker, the head moderator of the Brawl, “The first section of the Brawl contains team questions,where each team answers a question on a certain topic and then a toss-up question is asked. The second is a letter round, in which there are twenty questions and the answer to the questions all begin with the same letter. The last one is a buzzer round, with twenty toss-up questions which are all based on one topic.”

Although this is only the third time the Brawl has taken place, Mr. Barker has high hopes for the tournament’s staying power. “It will go on until I die,” he said, “and then others will pick it up.” With fourteen teachers having helped out, the Brawl certainly seems as though it’s here to stay. “Ultimately, my favorite part is that it’s fun to see seventh and eighth grade kids having fun with questions that we created.”

Do you think that you could win the Brawl? Try answering the sample questions below.

Are you smarter than a middle schooler? Brain Brawl Edition

See if you can handle these questions from October’s massive on campus junior high trivia competition. Answers are located below.