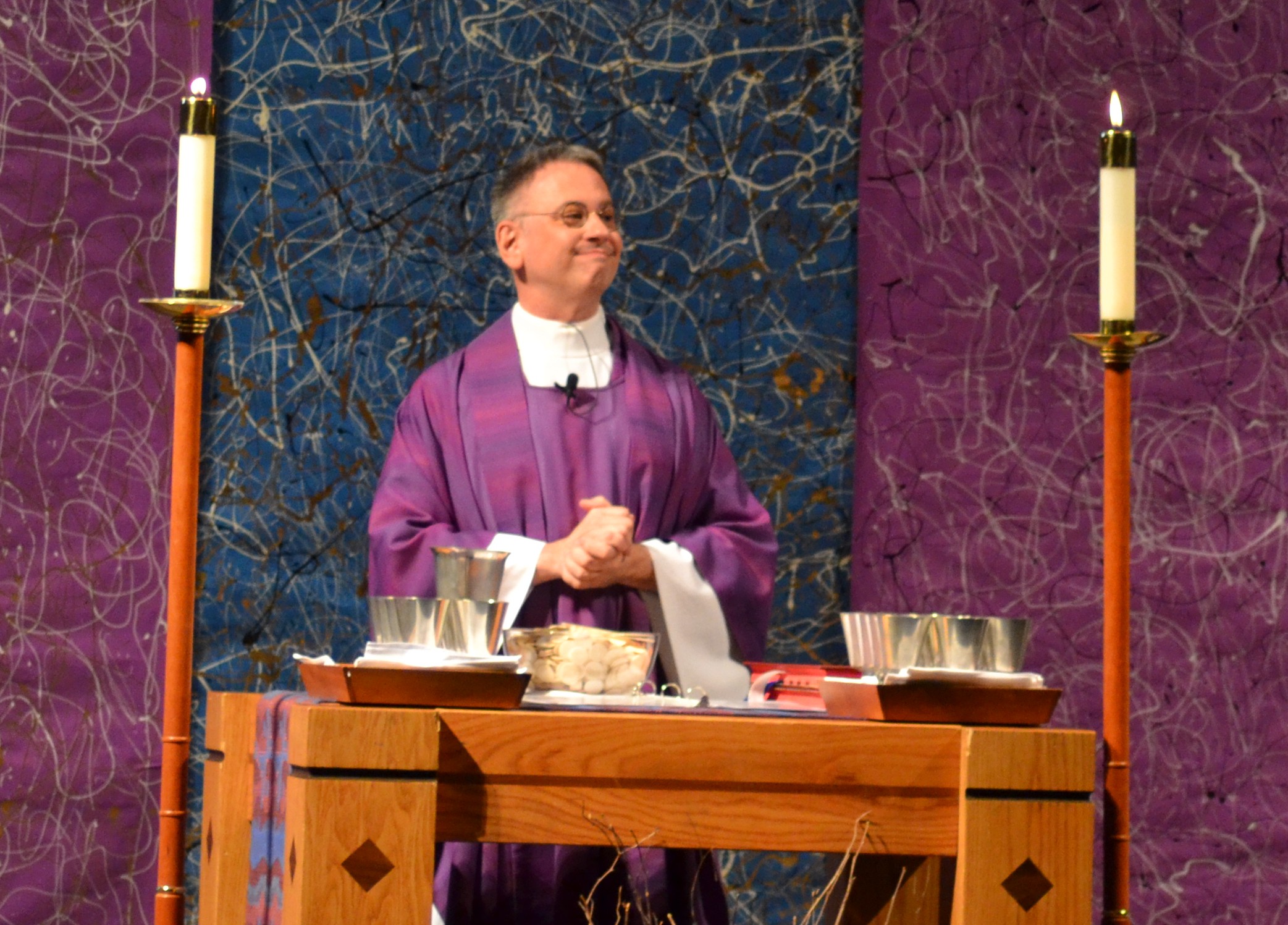 Although this is his first semester at our school, Father Ross Pribyl, the new Jesuit teacher, is no stranger to Ignatius. For the past ten years, Father Ross taught English and moderated the Fine Arts department (also called Harlequins) at St. Ignatius College Prep in Chicago. Now, Father Ross says he’s come to Ignatius to “spread his theatrical wings” and to get involved with a school that has a very advanced theater facility.

Growing up in Wisconsin, Father Ross went to Marquette University High School, also a Jesuit school. “The Jesuits have always been on my radar screen. They’re very much a priestly order dedicated to being in the world. We’re not in monasteries, we’re not in abbeys, we go out and spread the word in the world itself,” he says.

It was during his adolescence that he discovered his love for theater and film by watching black and white movies on Saturday afternoons. Though he won’t commit to a favorite film, Father Ross admits directors like Martin Scorsese, Francis Ford Coppola, and Steven Spielberg are at the top of his list. Regarding theater, Father Ross loves the sense of community. “It’s a bunch of people who have very different talents coming together for a common purpose of making a great show.”

Currently, Father Ross teaches freshman English. “My freshmen are a lot of fun and very eager to learn. They put up with a lot of craziness,” he says. Next fall, he will teach a class on digital media production, as well as some of the theatre arts classes. Father Ross says he wants his film students to leave cursed. “I want them to leave cursed with never being able to look at a movie in the same way again. When we go to movies now, we pay attention to the story. In filmmaking, you start paying attention to shots, editing, sound, and how the small components and each individual contribution really impacts the story.” His main hope is that his students will leave his class more technologically savvy and be able to make their own films.

No matter what subject he’s teaching, Father Ross aims at providing an environment where students feel free to grow, think outside the box, and expand their world vision. He says, “Jesuits have a great tradition of teaching young men to be critical thinkers. My goal is to make critical thinkers…but approach that from the field of the arts. That’s my background, that’s my passion, that’s my love.”