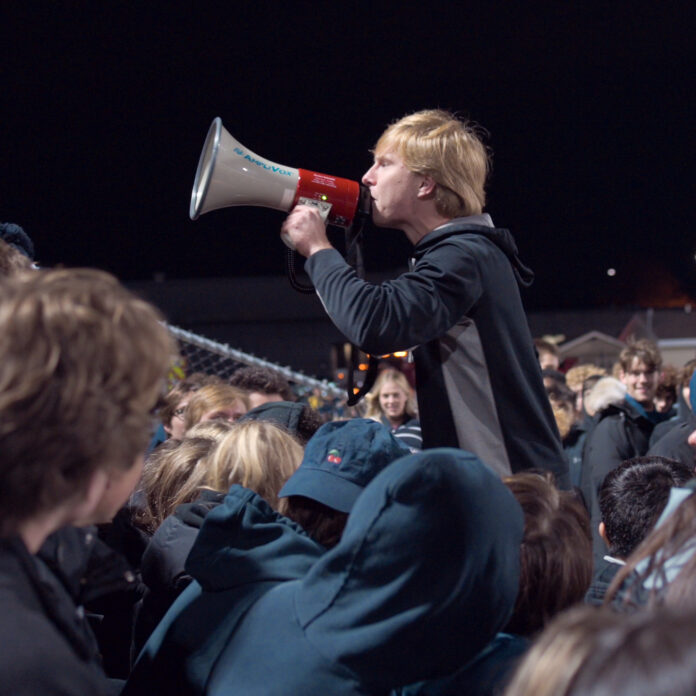 The student section at Ignatius football games is one of the most exciting points of the week and one’s high school career. However, at the Cat’s most recent game against Medina, one student couldn’t bask in that trademark excitement.

Few rules dictate the student section, but there are some that are essential: follow the theme and be loud. If you can’t abide, section leaders have the right to remove your access. A week ago at the game against Stow, that right was exercised.

The rising action of the event occurred during the week leading up to the football game on Friday, November 5, when the football team was set to play Stow. As the Gold theme was announced for the student section, one particular student emphasized his grievances with the decree.

While this student has demonstrated his outrage with past themes, things took a turn for the worse in his latest escapade. As a result, student section leaders unanimously decided to officially ban the student who wished to remain anonymous from the student section.

Confronting his ban, the student said “Many people had protested the Gold theme picked for the Stow game, and I decided to bring the complaints of the people to those who undemocratically selected the theme. If anything I was not a dissenter but a representative of the people.” The student went on to later emphasize that “The theme makes people not happy.”

Meanwhile, the student section leaders contend that their decision was justified and made for the benefit of others. One particular frontman explains that he “combined [his] critical thinking skills along with [his] ALICE training and removed the threat.” Moreover, he stresses that “We cannot be having any negative brain waves in the student sections” and that “complaints won’t be tolerated.”

On a similar note, another leader reveals that “The particular fan that was banned broke the barriers between being discontent with the theme and being outright unsupportive of his classmates on the football team.” Justifying the choice of the Gold theme, this individual highlights that he “routinely confer[s] with [his] classmates and fellow leaders to get a perspective on what the best theme would be.” Thus, he explains further that “This particular individual expressed his unsupportive comments, which led to my decision to ban this individual.” When asked for his final thoughts on the theme, this student leader had one concluding thought: “It’s about the team not the theme.”

While this particular individual will not be attending any more football games this year, it is apparent that one must either support the team and the theme or risk being kicked out of the student section.