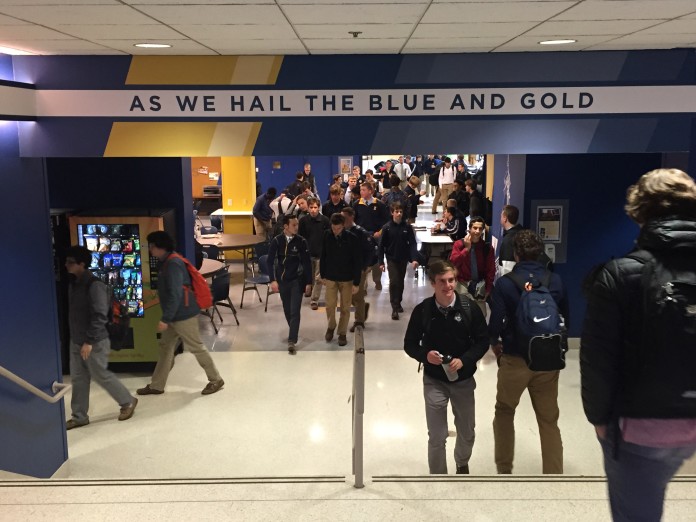 This year has seen many changes to life at Ignatius, not least among them the implementation of the new formation period. The new period, implemented alongside numerous changes as part of the new schedule, was chiefly created in order to make participation in extracurricular activities easier by allowing students time during the day to attend them. Now, with nearly two months of the school year passed, the question at the forefront of everyone’s minds is: Just how effective is the formation period really?

In an email interview regarding the formation period, Mr. Brian Martin, Assistant Principal For Student Life, observed that “based on conversations I’ve had with students and especially club moderators, there definitely seems to be an uptick in involvement early in the school year, particularly among freshmen and sophomores.”

The new period owes some of its success to the flexibility it offers to clubs in scheduling for both the students and moderators, according to Mr. Martin: “I was recently reading the daily announcements and noticed that seven activities were advertising meetings during the Formation Period, and eight were meeting after school. In our previous schedule, all 15 of those would have been in conflict with one another, so it’s pretty plain to see that the new schedule is opening up some new doors for students and reducing the number of potential conflicts.”

Mr. Martin attributes the success of the new period in no small part to the efforts of club moderators and student leaders in being proactive in getting younger students involved and situated in extracurriculars. He explained, “The earlier [students] can help guys find a home with an activity, the more likely those guys are to become future student leaders themselves.”

When asked about any future changes to the period, Mr. Martin had this to say: “There’s no such thing as a perfect schedule, and no schedule can ever remove all of these barriers to participation. We do have to keep reminding ourselves of that. So, I think it’s a little premature to start talking about changes to the schedule already… But I can tell you that Dr. Fior and his team are totally committed to providing a schedule that best balances the potential for academic excellence with an emphasis on student well-being and community building. So if there’s a better way to engage students in the future, we’ll leave no stone unturned.”