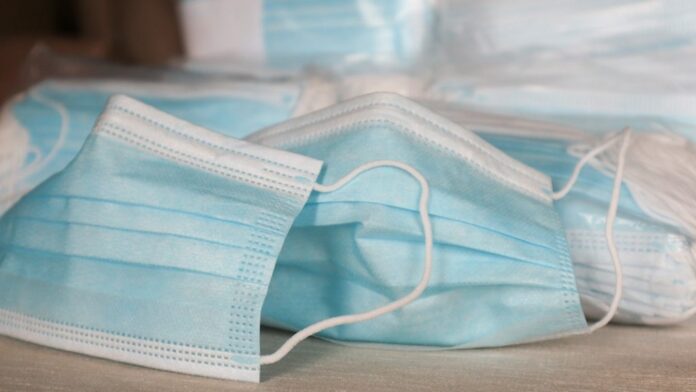 By Terry McCafferty ’22 and Nathan Kuczmarski ’22

On September 20th, after beginning the school year with a mask optional policy, Saint Ignatius High School moved back to a mask mandate, a decision that came as a relief for some members of the community and outrage for others. After an initial wave of backlash from a few adamant advocates for a mask-optional policy largely died down, masks have once again become a more-or-less accepted reality at school.

According to the letter from Principal Dr. Fior announcing the change, the decision was made based on a “recent strong advisory letter from the Cuyahoga County Board of Health and the expert recommendations from our medical advisors.” The letter also described wearing masks as an act of “living our motto of men and women for others.” However, especially in the early days of the mandate, this logic was seen as insufficient by some parents and students.

While the majority of students abided by the new rule, some needed reminders from teachers, and a small number were steadfast in their refusal to comply. Perhaps the strongest reaction to the mandate, however, was not from a student at all, but from a parent: Mr. John Bitzan ‘82.

On the first day of the mandate, he passed out letters to people on campus which expressed frustration that parents “the consumers” are “never consulted” and “not heard.” In the letter, he called upon parents to sign a petition to make masks optional, boycott discretionary donations to the school, request a parental forum, and email him to discuss further action. At the time of this article being written, the petition, which anyone online can sign, has 500 signatures.

His letter also questioned the efficacy of masks saying “the virus can pass through the pores of a mask very easily. In fact, to put it in perspective, if the virus was a mosquito, the mask pores would be a chain linked fence, only the openings in the chain links would be 14 yards diameter! Would a mosquito have any trouble passing through a fence that had 14-yard holes in it?” Dr. Robert Salata M.D., one of the medical professionals from University Hospital advising the school, refuted this point saying “masks have been shown repeatedly to be protective, not only to the individual but to others in terms of the virus.”

Before the reinstatement of masks, The Eye conducted a non-scientific poll on the school’s mask policy which was online and opt-in. Among the students who took the poll, only 13.8% selected the option that masks should be mandatory and a majority, 52.1%, said that masks should always be optional, even in large gatherings. The poll did not take into account the degree to which students cared about the issue, but regardless it is still evidence that students may generally prefer a mask optional policy. Dr. Fior did acknowledge this sentiment saying, “We understand that wearing a mask is an inconvenience and something we would all prefer to avoid.”

While student opinion might support one policy, the opinions of the medical professionals with which the school consults favor a different approach. In an interview with Dr. Joan Zoltanski M.D. and Dr. Salata both of University Hospital, it was revealed that the professional advice for the school all along had been to have a mask mandate. However, Dr. Zoltanski said that the administration has “been very thoughtful and working extremely hard to balance education, mental health, and safety, and that is not easy to do, especially with all the changes.” Dr. Salata also spoke to the broader dynamic of the issue saying, “this is really a balance between public health and the individual. My opinion is that the public health issues and the devastation that this virus has brought upon us in terms of deaths and cases is such that in this regard, the public health side wins out.”

Even for the most staunch opponents of the mask mandate, all hope for a policy change has not been lost. Dr. Salata pointed out that “as we get more people vaccinated, that race that I spoke about before, I think we can anticipate that eventually, we’ll tame this virus.” With that advice, some might conclude that the best course of action for those wishing an end to the mask mandate at Saint Ignatius High School is not petitioning administrators or withholding donations from the school but instead encouraging as many people as possible to get the vaccine.

In the announcement of the return of the mandate, Dr. Fior even said, “We will reevaluate our mask policy near the end of October when medical experts predict a decrease in cases across the country, our state, and local community.” Nonetheless, until then, the mask mandate seems set to remain.