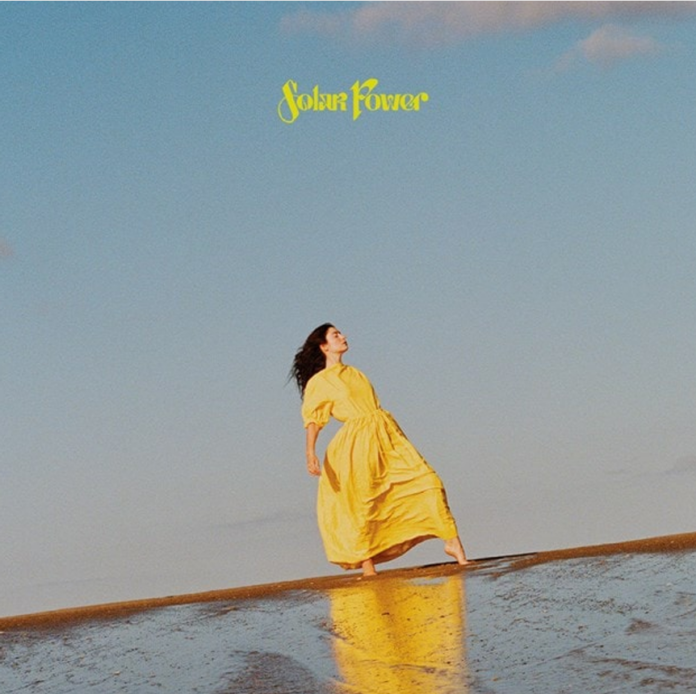 “Mood Ring” – Lorde – The 3rd single from Solar Power features a more driving instrumental track that sets it apart from the other singles, “Solar Power” and “Stoned at the Nail Salon”. The lyrical critique of “wellness culture” seems to build thematically on the previous releases while succeeding where “Solar Power” fell short in musical cohesiveness. – 9/10

“Renegade (Pop Version)” – Big Red Machine (ft. Taylor Swift) – A re-release of the previously heard single from Big Red Machine’s upcoming album, this version seems to hold the hope that a re-edited version of the song that removes any explicit lyrics will increase radio plays and that Swift’s name will then bring mainstream audiences to the new project. However, the edits interrupt the narrative and flow of the piece. – 6/10

“Thelma + Louise” – Bastille – The second single from what appears to be a new album cycle for the group, this track again shows the band utilizing more and more electric and synthetic sounds than previous projects. There are some clever instrumental moments, but the track fails to be anything other than a generic, yet enjoyable, pop song. – 7/10

“Visiting Hours” – Ed Sheeran – The 2nd single from the newly announced “=” is a return to the stripped back and more heartfelt sound Sheeran sported in his first two albums and is an appreciated retreat from the in-your-face pop of “÷” and “Bad Habits”. The track sports a beautiful message but falls short of a “wow moment”.  – 8/10

“Wild Hearts” – Keith Urban – The first single from the country staple in over a year presents a song that holds a decent theme of those who follow their dreams despite society’s rejections. However, the lyrics, vocals, and instrumental all feel mediocre and, thus, fail to represent that theme well. – 6/10

“fleabag” – YUNGBLUD – The first single from the artist since their album release 8 months ago, this track carries a strong punk instrumental and a unique thematic concept. Unfortunately, the lyrics fail to live up to those successes and leave a song that is enjoyable to listen to, but disappointing to think about. – 7/10

“Chasing Stars” – Alesso, Marshmello (ft. James Bay) – A beautiful, retrospective song with solid lyrics and impressive vocal performance is hindered by Marshmello’s production. The DJ has struck again and removes any emotion or personal connection the piece could have. – 6/10

“Change My Clothes” – Dream, Alec Benjamin – Dream (a popular YouTuber)’s second single again proves that not every social media star should try music. The thematic concept is interesting, but the lyrics are shallow and Dream will never be a vocalist. The only redeeming grace is Benjamin’s vocals, but they end up clashing with Dream’s during any duetting moments. – 3/10

“One Mississippi” – Kane Brown – One of the most promising country artists in recent years sings of romantic yearning in this new single. The vocals and instrumentals are solid, but the lyrics are surface-level and fall into the realm of the generic “dude country” that has been sung to death. – 5/10

“Summer of Love” – Shawn Mendes, Tainy – The first we’ve heard from Mendes since the underpromoted Wonder album, this track’s instrumental is the star, carrying mediocre lyrics into a successful product, which is a fresh take on Mendes’s musical style. – 8/10

“Don’t Go” – Skrillex (ft. Justin Bieber and Don Toliver) – An extremely unimpressive and forgettable song with no thematic concept presents lyrics with little development or thought. Bieber’s vocals are the high note of the piece, so do not expect anything great. – 4/10

Solar Power – Lorde – Lorde’s 3rd album was released after 4 years. Characterized by transcendental themes and more upbeat instrumentals, it is a departure from the style of Pure Heroine and Melodrama. Even with a few weak tracks, the album excels as a cohesive work of art and carries many great songs. Stand-outs include “Fallen Fruit”, “Secrets from a Girl (Who’s Seen it All)”,  “The Man with the Axe”, and the 3 singles (“Solar Power”, “Stoned at the Nail Salon”, and “Mood Ring”). Not a perfect album, tracks 8 and 10 feel lackluster and unfinished, but they serve their role in the overarching thematic progression. – 9/10

SOUR – Olivia Rodrigo – The debut album from Rodrigo (originally meant to be an EP and expanded after the success of “drivers license”) received its physical release on 8/20, bringing it back into the front of musical dialogue. The album revives the punk-pop style from the early 2000s for a modern audience and showcases one of the best songwriters to find a big break in recent years. The work holds a relatable theme of how relationships are strained by and fail in today’s modern society. The immense popularity of the album makes it a strong contender for Album of the Year at the Grammy’s and follow Billie Ellish’s WHEN WE FALL ASLEEP, WHERE DO WE GO in the impressive feat of winning that title as a debut album. Stand-out tracks include “traitor”, “happier”, “favorite crime”, “hope ur ok”, and 2 of the singles (“good 4 u” and “drivers license”), and the album impressively does not contain any noteworthy weak tracks. – 10/10