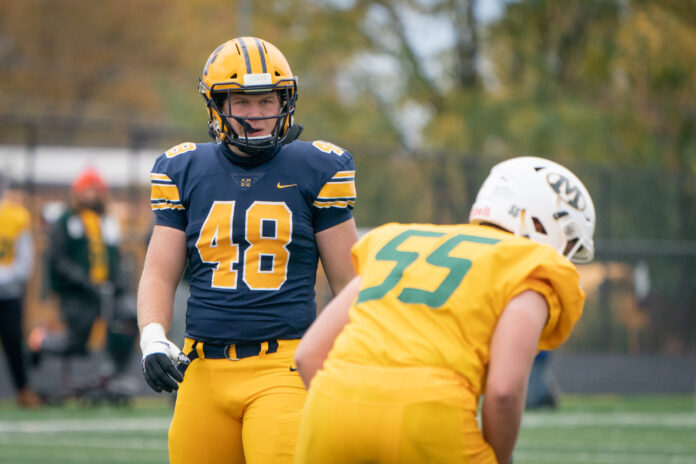 The John Wirtz Award is awarded to an athlete who makes a significant contribution to more than one sport. During his time at Ignatius (1948-1976) John Wirtz was the head coach of football, basketball, baseball, and track. He also was the athletic director at the time. The Wirtz award has a long list of phenomenal athletes and this year Aidan Conway ‘21 joins that list. 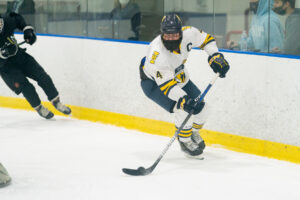 Aidan Conway is a two sport athlete, linebacker for the football team and defenseman for the hockey team. Conway joined the varsity football team sophomore year and the prep hockey team freshman year. When asked what this award means to him Aidan said, “I feel really fortunate to have won it considering all the great athletes we have in our class both who play multiple sports and those who play one. Ultimately this award to me is just a byproduct of hard work. The goal coming in here is to work hard to better others around you and bring home some state championships.” Conway did just that, winning two state championships with the hockey team.

Even though Conway’s coaches helped him grow as an athlete he says, “Coach O’Rourke, Coach Kyle, Coach Franzinger, Coach Rubino, and Coach Short, they have really just shown me how to become an Ignatian man as well as an athlete.”

During his career at Ignatius many good moments have stuck with Conway. His favorite hockey moment is quite an impressive one, “Either the double overtime State Championship freshman year against St. Francis or the 9-0 District Final against Ed junior year.” Unsurprisingly his favorite football memory is a classic one for many Ignatius football players as well as fans, “As for football it has to be the comeback win against Hoban junior year.”

With his time at Ignatius coming to a close I asked Conway what was the biggest lesson he learned as an athlete at Saint Ignatius, “The biggest thing that I have learned over my time as an athlete here at St. Ignatius is how to work. You are going to have off games and bad practices. You aren’t going to want to get up for 6 a.m. lifts in February, but you have to. Being an athlete at Ignatius has taught me how to be a man.” A great story from a great guy, congratulations to Aidan as this year’s Wirtz Award winner. We also congratulation Wirtz Award nominees Carter Zimmerman ‘21, Michael Mattimore ‘21, and Nick Velotta ‘21. 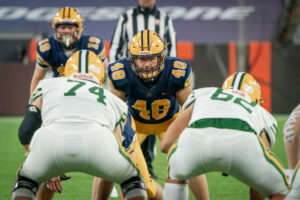