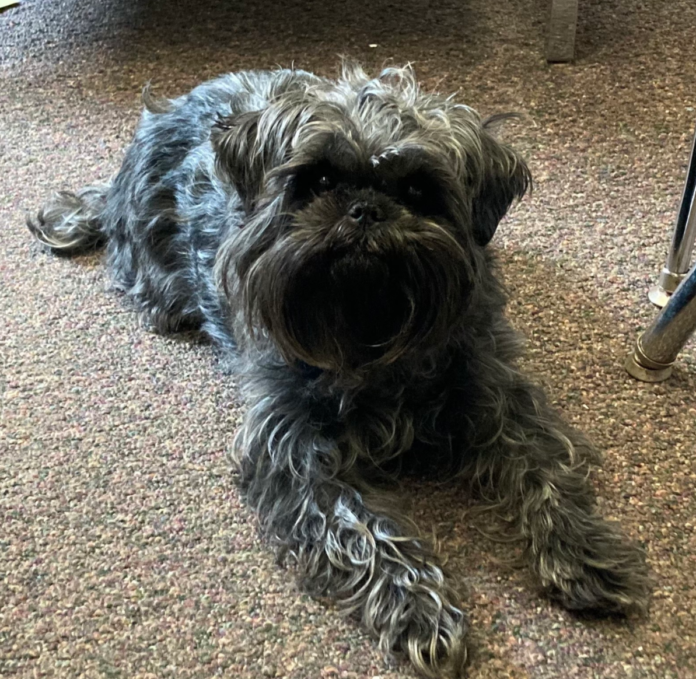 If you have ever taken a stroll through the 3rd floor hallway in the main building, there is a very good chance that you have encountered a small fluffy little friend. It is none other than Georgia, a 4 year old Affenpinscher, who is cared for by Señora Barnes. Georgia is a black, furry, and energetic dog who walks the halls like a Saint Ignatius student. A fun fact about Georgia is that she is a descendent of Banana Joe, who won the 137th Westminster Kennel Club Dog Show. Her prestigious legacy made obtaining Georgia very difficult for Señora Barnes who had to sign numerous documents swearing that she would not breed Georgia.

Around 4 years ago, when Señora Barnes was thinking about getting a dog, Mr. Bradesca (the principal at the time) talked with Señora Barnes about the possibility of training her dog to be an emotional support dog on campus. They ultimately decided it would be a great idea that would benefit all students, and Señora Barnes went ahead with getting Georgia trained. Soon after, Georgia joined the Saint Ignatius staff at the young age of 6 months old (the youngest Saint. Ignatius staff member in history). Even more impressive is the fact that since she is taught alongside Señora Barnes’ students, Georgia is semi-bilingual.

When Georgia is not learning Spanish III in room 316, she likes to play hide and seek and will often win. In addition to her many talents, she cheers up Saint Ignatius students daily with her mere existence in the classroom.

With such busy days ahead of her, Georgia needs good food for energy; her regular diet consists of Fromm Dog Food which she eats daily. But as most students who have had either Señora Barnes or Señor Torres know, Fromm is not the only food in her diet. When Georgia takes her daily stroll down the hallway into Señor Torres’ classroom, she is met with a plethora of snacks and treats. Señor Torres has been seen spoiling Georgia with dog treats, small snacks, bites of a hotdog, and even bites of a hamburger. It is no secret why Georgia likes to stop into Señor Torres’ classroom just down the hall.

Advice from Seniors to Underclassmen