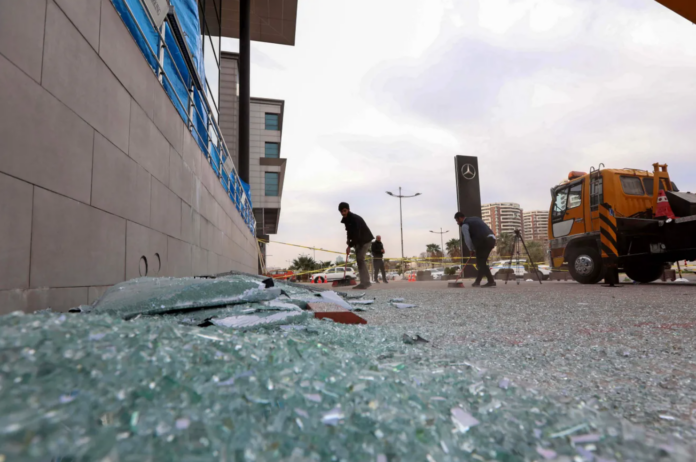 About a week ago, President Joe Biden made two important and revealing foreign policy decisions. First, he refused to give Crown Prince Mohammed bin Salman (M.B.S.) of Saudi Arabia any significant punishment for the killing of journalist and United States resident Jamal Khashoggi. Then he bombed Syria without congressional approval.

As a candidate, Biden said that he would make Saudi Arabia “pay the price, and make them, in fact, the pariah that they are” for actions like the murder of Khashoggi. He even went as far as to say that he saw “very little social[ly] redeeming value in the present government in Saudi Arabia,” and a key component of his campaign was to restore American leadership abroad. On the campaign trail, Biden said, President “Trump’s erratic policies and failure to uphold basic democratic principles have surrendered our position in the world.”

Unfortunately, by following in his predecessor’s steps of doing next to nothing to punish M.B.S., Biden also surrendered our values. Nicholas Kristof, in a scathing piece titled “President Biden Lets a Saudi Murder Walk”, wrote, “this is a betrayal of my friend Jamal Khashoggi and of his values and ours.” Kristof articulated perfectly the danger of abandoning American values in the situation of Saudi Arabia saying, “in this great balancing of values and interests, the towering risk is that M.B.S., who is just 35, will become king upon the death of his aging father and rule recklessly for many years, creating chaos in the Gulf and a rupture in Saudi-American relations that would last decades.”

But this was not the only decision Biden made recently that deserted our values, that is if we value a more free, democratic, peaceful, and safer world. He also bombed Syria without any approval from Congress.

In 2017, Jen Psaki, before she was Biden’s Press Secretary, asked, “What is the legal authority for strikes? Assad is a brutal dictator. But Syria is a sovereign country.” In 2018, Kamala Harris, before she was Biden’s Vice President said “I am deeply concerned about the legal rationale of last night’s strikes. The president needs to lay out a comprehensive strategy in Syria in consultation with Congress.” In 2019, Biden himself said, “Donald Trump’s recent actions in Syria and how his erratic, impulsive decisions endanger our troops and make us all less safe.”

But now that Biden is president, he seems to be continuing down the same destabilizing and dangerous foreign policy path in the Middle East. Acts like these will only make it more difficult to reenter the Iran Nuclear Deal (which the United States pulled out of) and to take other measures to bring about peace in that part of the world.

But the Middle East is not the only part of the globe where we trod on our own values on behalf of our interests. Perhaps the most obvious other example is China. In its effort to crackdown systematically on any dissent within the country, China continues to violate basic standards of human rights. Most notably among their human rights abuses is the fact that they are using over one million Uighurs there as forced labor and large numbers of women are being forcibly sterilized. Yet no consequential action has been taken to incentivize China to stop because such action could put the economic interests of the United States in jeopardy.

I am not saying that our leaders should leave American interests unconsidered when making foreign policy decisions. I am not even saying that every decision that prioritizes our interests over our values is wrong. But the degree to which both Democratic and Republican Administrations have been willing to turn a blind eye toward advancing human rights, protecting peace, and spreading democracy abroad in favor of evanescent economic and fleeting militaristic gains is not right.

At the end of the day, it is in America’s best interest to restore our values to the forefront of our foreign policy decision-making because the cost of continuing to turn a blind eye toward the injustices of our world makes us complicit. In a world with far too much oppression and injustice, that is the last thing we should allow our country to become.