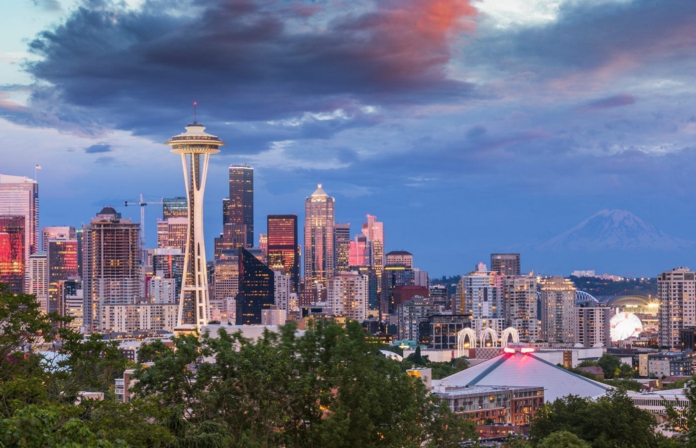 After the COVID-19 pandemic raged around the world almost every part of the American economy was absolutely devastated. Not even the professional sports we know and love were spared from impact. All of the major leagues (NBA, NFL, MLB, NHL, etc.) lost significant money in revenue and are scrambling to make some of it back. Both the MLB and NBA have laid out an option for two expansion teams to be added. Talk of adding teams in both leagues was just beginning in the years before 2020, but with the pandemic taking a large amount of income away, the talks between cities and leagues have started to ramp up dramatically. Saint Ignatius students were asked in an open poll published by The Eye which cities they would like to see get a professional sports franchise. 50 students in total responded to the poll which was conducted in a non-scientific manner and therefore may not be fully representative of the entire student body. 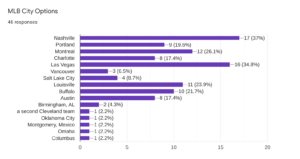 For the MLB, the Saint Ignatius community gave the most votes to adding teams in Nashville, TN (37% of votes) and Las Vegas, NV (34.8% of votes). Both of these cities are being heavily talked about by those in the MLB. Both Vegas and Nashville have football and hockey teams with great fanbases so why wouldn’t a baseball team be a good fit? 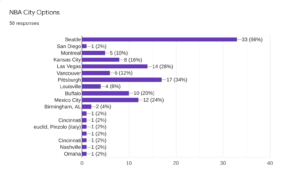 For the NBA, the Ignatius community, along with the majority of the country, overwhelmingly supports basketball returning to Seattle, WA (66% of votes). The Seattle Supersonics were relocated to Oklahoma City and changed their name to the Thunder in 2008, and since then people from Seattle and the rest of the country have been begging for basketball to return to Washington. In second place, Pittsburgh, PA (34% of votes). Pittsburgh is home to the Penguins (NHL), Pirates (MLB), and the Steelers (NFL). Pittsburgh has proven to be a great sports town and the only thing that seems to be missing is a basketball team.

It will be fun to watch these discussions of expansion teams develop as time goes on and see if the Wildcat community’s hopes come true.