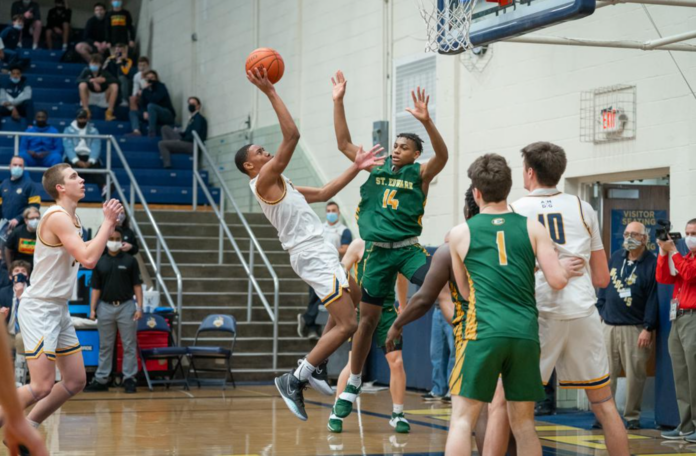 Entering this weekend, the Wildcats were on a roll with six straight victories, the momentum of Senior Night on their side, and a hunger for success that was absent for years. Head Basketball Coach Cam Joyce knew their best basketball needed to come out with the post-season closer than ever. Coach Cam has preached on the importance of improving game after game and embracing their competition. Although difficult match-ups against Cleveland Heights, St. Vincent St. Mary, and many other great teams have passed, Northeast Ohio High School basketball’s talent kept crossing paths with the Cats.

Saint Ignatius needed a victory with already one loss against the St. Edward Eagles this season and currently on a three-game losing streak against their rivals. St. Edward vs. Saint Ignatius rivalry has grown into a new rivalry between two very respected coaches, Cam Joyce and Eric Flannery. 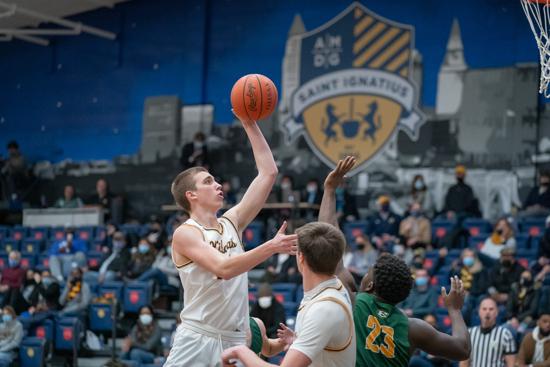 The battle began on February 5th at 7:00 pm. With a combined 51 points between Senior Shane Macalla and Junior Michael Bova in the first match-up, Coach Cam’s defense needed to lock down the Eagles’ backcourt. The tip-off was the most exciting play with no scoring in three minutes of the first quarter. As soon as the clock struck 4:30, Eric Flannery put together an excellent play call for a Zoltan Nagy bucket inside. His 6’6 frame was bound to be an advantage for them. Shane Macalla did what he does best, knocking down a three to put the green and gold on an early 5-0 run on the next possession. Senior Henry Raynor attacked inside with a layup to put the Cats on the board. Leading 9-2, the Freshman Phenom C.J. Little battled inside and drew a foul, and connected on both attempts at the line. Shondo Green’s buzzer-beater attempt came up fruitless, and the Eagles had their way in the first quarter. A 12-4 lead drove Raynor and Junior Jon Effertz to dominate in the second quarter. As expected, Henry slammed the hammer down.

Building on the momentum, Effertz nailed a bucket from deep, and Freshman Carter Jackson got a pair of points to put the Cats on a 7-0 run. A tug of war began between the rivals. Senior Mason Lerch got a nice layup to fall inside, and Raynor matched it with a spinning layup of his own. Shane Macalla continued to dominate with a heavily contested three. In his first game coming back from an injury, Jon Effertz didn’t forget how to work his phone as he picked up and answered Macalla with a trifecta of his own. A 23-20 lead was a massive improvement from the icy cold first quarter. Carter Jackson went on a nice 4-0 run of his own to give him six in the game with a minute left in half. Effertz floated the ball up with anticipation with a splash as he watched it fall through the orange cylinder. His 10th point gave his squad their first lead of the night. With not even a smidge of stopping in their mindset, Little put his head down and worked. A great 4-0 run paired with a buzzer-beater gave the Wildcats a 28-23 lead over the state’s number one team. 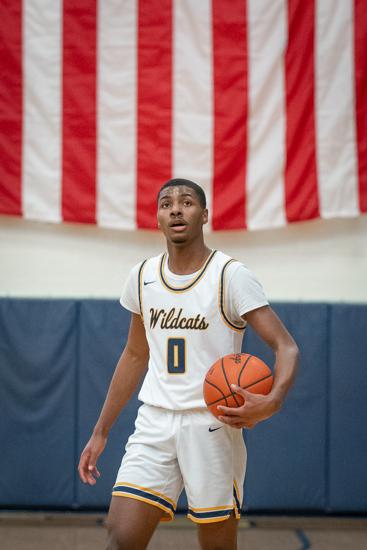 The second half was painted blue and gold. None other than Effertz scored first for Saint Ignatius. The Wildcat defense locked down Bova shooting 0-3 from behind the arc. Scoring stayed quiet with a Wildcat 32-25 lead with 4:30 remaining in the third. Five straight missed threes kept hopes low for St. Edward. Junior Jaire Knight tried to swing the momentum with a fast break finish. The Wildcats responded by taking a long possession and making it worth the wait. Effertz splashed one in from the wing, and the home team maintained a 12 point lead. The 35-29 lead set up an intense 4th quarter nicely for Joyce’s boys.

Co-Captain Will Yontek and Raynor continued to feast off missed shots as the rebound numbers grew for the Wildcat bigs. Then, the block party began. A lazy pass from Senior Mike Mattimore set up a seemingly easy layup until Henry Raynor turned into Lightning McQueen with a chase-down block. The crowd exploded and built on the momentum like a Lego set. Junior A.J. Fletcher set the first piece with an and-one. Mike Mattimore’s defense continued to silence the Eagles’ backcourt. Raynor picked up another block with 4:30 on the clock and kept the Wildcats ahead by 7. Effertz took a hard foul but got his free throws to fall. Once again, Raynor swatted away two more blocks on back to back possessions. As the jaws of Wildcat fans fell, the Eagles continued to fall apart. Yontek’s board set up another chance, and Raynor capitalized. Following that possession, the Hillsdale commit dropped a dime to Effertz, who laid it up and in. Macalla’s three was too little too late. A 51-44 lead was going to force St. Eds to foul.

A 52-44 victory at home set up the Wildcats to flourish in the post-season. Raynor’s nine points, 15 rebounds, and six blocks and Jon’s 20 points have proven Saint Ignatius Basketball to be in good hands.

“My success is because of my teammates. It is a team effort, and WE won the game,” says Effertz. 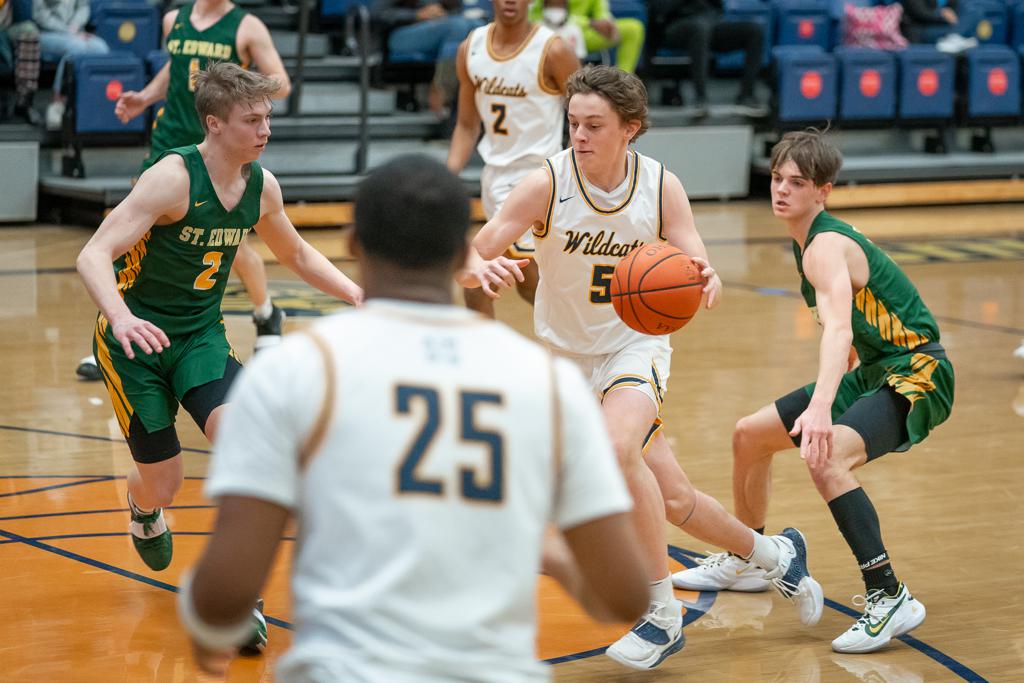