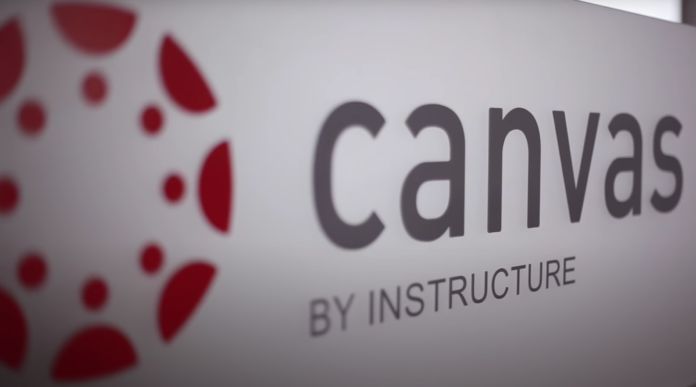 In the 2021-2022 school year, Saint Ignatius students will be using a new primary Learning Management System (LMS), Canvas, which will take the place of PowerSchool and Google Classroom, the dual systems on which assignments were posed this school year.

Instructure, the parent company of Canvas, defines it as “an open and reliable web-based software that allows institutions to manage digital learning, educators to create and present online learning materials and assess student learning, and students to engage in courses and receive feedback about skill development and learning achievement.” On its website, Canvas is advertised as the LMS used by all of the Ivy League schools, more schools in the United States and Canada than any of its competitors, and as “the most reliable LMS in the world.”

Several factors played a role in the decision to replace PowerSchool at Saint Ignatius’s LMS. When the school first transitioned to distance learning last spring, issues with PowerSchool’s functionality became more apparent than ever. Constant maintenance and technical difficulties on the platform left it consistently inaccessible and unreliable. Too often students and teachers alike found themselves more likely to find a message with a tangled up cat than whatever they were looking for.

The constant technical problems with PowerSchool’s LMS lead the school to instruct many teachers to utilize Google Classroom to post assignments. While Google Classroom easily outperformed PowerSchool in functionality, some teachers who had put a lot of time into designing their curriculum on PowerSchool disliked the simplicity and limited nature of Google Classroom’s features and missed the ability to design detailed class pages with multiple tabs full of course content. One teacher commented that, “if PowerSchool actually worked the way it is supposed to, I would take it over Google Classroom any day.”

But the way PowerSchool functions will soon change as the company will be acquiring another company, Schoology. Schoology’s LMS is set to be made available alongside PowerSchool’s SIS. This means that the grades, attendance, and scheduling components of PowerSchool will be available for schools to pair with Schoology’s LMS, but Unified Classroom (which includes class pages and the progress tab) will cease to exist. Unified Classroom used to be its own company, Haiku which was also acquired by PowerSchool and partially incorporated (some might even say sloppily merged) with PowerSchool’s SIS. Some teachers still refer to the current LMS as Haiku for this reason (to the confusion of many students who have never heard of Haiku before in their lives). The reason the Schoology is being acquired is that its LMS has more users than PowerSchool’s LMS and according to the companies, some schools already use PowerSchool’s SIS and Schoology’s LMS.

But the school decided that it was not interested in using Schoology’s LMS and instead opted for Canvas, which they will use in conjunction with the SIS side of PowerSchool, which they say does not have the same functionality issues as PowerSchool’s LMS. For many who were a part of making the decision, the timing seemed appropriate with the internal changes to PowerSchool, the new schedule coming next fall, and the various other changes that Saint Ignatius will experience during the hopefully upcoming shift to a post-COVID era.

Several students and teachers who are part of the early trial of Canvas shared their thoughts on the switch and on Canvas.

Mr. Buzzelli, who believes that Canvas is far superior to PowerSchool as an LMS said that while he “never used Canvas before as a student or a teacher, having used Canvas for a short time and PowerSchool since its beginnings as well as other systems, the benefits of Canvas are incomparable both for students and for the instructors.”

Finn McConville ‘22, Junior Class President, is part of the Canvas Trial in four different classes. He says that Canvas definitely runs “much smoother” than PowerSchool and he likes the quiz format better on Canvas than PowerSchool. When asked if there were any things he disliked about Canvas, he only said that it was “too early to say.”

Some of the students who have been part of the trial run found themselves struggling to figure out how to use the new platform with, in some cases, minimal instructions or guidance. Because the early trial was launched the way it was, some students also find themselves stuck with the responsibility of checking at least three different platforms regularly making it easy to miss assignments with the unfamiliarity of Canvas not helping.

But Mr. Jarc, who not only is using Canvas as a teacher but also is leading the trial run, spoke favorably of the LMS saying that it is “super fast”, “technically easier for students to access” and it has “features that make it easier [for teachers] to grade.”

Over the next few months, according to Mr. Jarc, the school will be working out the nuts and bolts of the system and figuring out how to utilize it and incorporate it into their classes most effectively. Teachers are set to be given more information and training on Canvas prior to the full launch and access to PowerSchool will expire on June 30th. A full launch of Canvas will take place when students return to school next fall.