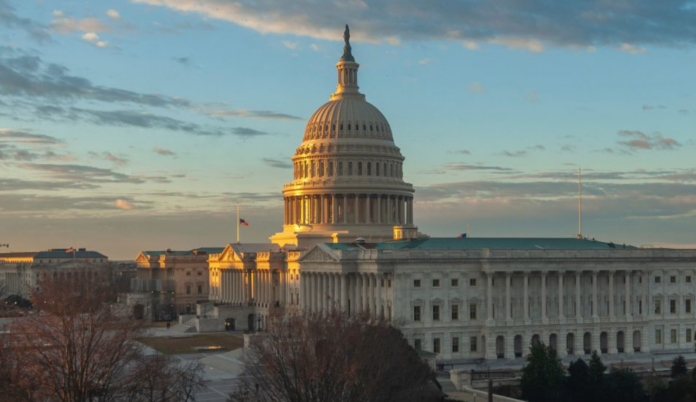 As our nation nears the one-month anniversary of the Capitol riots of January 6th, we find ourselves at a crossroads. Ever since that infamous day, the notion of unity has been pondered and spoken about extensively. Ironically, even the notion of unity is divisive as some conjure up their worst conception of ‘the other side’ and ask themselves, “why would we want to unify with that?”

Perhaps the question we should ask ourselves is: what are the real-life consequences of deepening divisions? Too often, ideas of unity and healing are seen in the abstract, and lost is how these concepts directly play out in our lives. One visible consequence of division is family members and friends fighting with each other leaving relationships broken and society’s social fabric frayed.

It could be said that the social fabric of our society is already in tatters because the pandemic has left many people isolated and alone.

With so many of the activities that bring people together – church, birthdays, weddings, sporting events, service opportunities, and the like – limited or unavailable, people have been increasingly lonely and disconnected, longing for the sense of community they lack.

Often it is in community, that unity is found. Community can bring people together for a common cause, and common causes unite us. Labre is one clear example. As food is delivered to people in need, smiles are shared, and bonds are formed, the buses are not divided into factions of Democrats and Republicans, Biden voters and Trump voters, or liberals and conservatives. Everyone is in it together, united in a shared mission. While it is rarely thought of in that way, that is unity.

We should not count on too often unreliable political leaders in Washington to deliver unity to us. The divisive political battles in Washington are not going to end anytime soon with another impeachment trial on the horizon and stark contrasts between the views of different factions within our government.

Instead, we, the citizens, must ask ourselves, as we journey on toward the end of this pandemic, are we going to come together and more importantly, what are we going to unite around? How can we build community with one another, and what will be our common cause?

Some people came together around the egregious common cause of storming the Capitol, and others united to send GameStop stock through the roof with the more honorable intention of giving market-manipulating hedge funds a taste of their own poison.

But is there anything better to unite around than love? Not the feeling, but the action of caring for one another?

Let that be our common cause. The power of love transcends any person, any faction, and any division. It is not limited to one political party, one race, one religion, one creed, one nation, one culture, one age, or one level of income. If we come together to care for each other, and more specifically to care for the most vulnerable among us, greater unity is possible. Not only could you possibly be helping someone who is on ‘the other side’, you very likely could be helping others alongside ‘the other side’.

Regardless of all of the things that divide us, love, compassion, and care for one another are things that almost all of us share as a common value. No matter what our beliefs are, the notions that “I am my brother’s keeper” and “I am my sister’s keeper” tie all of us together because we are all brothers and sisters living, working, hoping, dreaming, and dying together.

Unity does not have to be an unattainable ideal, something we wish our leaders would work for. At the end of the day, the choice between unity and division can be ours.