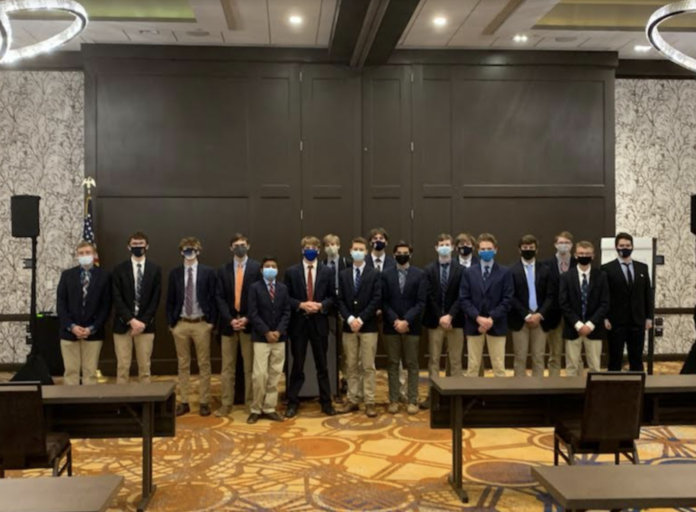 Last year, the Model UN team’s final main-season conference, Michigan State (MSUMUN XX), was canceled due to COVID-19. Just days after, the selective faculty-invite conference, Cornell (CMUNC 2020), followed suit. Although the DiploCats hosted a small virtual conference in May, the 2020-21 season had previously looked unsure. However, the team was able to acquire an unusually substantive schedule, consisting of largely virtual conferences, and Mentor V did not disappoint.

Technological expectations surpassed, the conference ran smoothly from October 9th through 10th. It was a joint crisis committee, with debate over policy, negotiation with foreign powers, and using abilities of individual positions to address a newly decimated ozone layer and the effects it had on the economy, politics, and the environment. Again, all this was done through Zoom, which Ignatius delegates logged into from the Westin Hotel downtown.

This smooth transition into the new virtual Model UN scene helped the Wildcats to a clean victory in their season opener. Although bringing far less than the average 45 delegates, 14 out of 21 total delegates brought awards – 44% of all awards – back to their seat in Ohio City. Paving the way to victory against our competitors (Holy Name, Solon, Hathaway Brown, Archbishop Hoban, Madison, and Gilmour) these delegates were:

With a surprising performance from the freshman and sophomore classes, the underclassmen are shaping up nicely to take the reigns in future seasons. On the same note, our upperclassmen did not fall short of expectations. One of the greatest team achievements was 3rd-year delegate Rithvik Ayyagari, Undersecretary for Resources, bringing home with his first award. Ayyagari says, “I’d say winning an award is always a good feeling. Being recognized for the hard work you put into anything whether it be school, sports, or extracurriculars, and seeing that it pays off is always a great feeling. And, to win an award, it really comes down to two things: mindset and hard work. If you’ve got a strong mindset and are willing to put in the work to present a unique idea in MUN, I’d say you’re basically set for an award.” The program applauds Ayyagari for his accomplishment and dedication.

Looking forward to William & Mary (WMHSMUN XXXIV), the DiploCats’ major fall conference, Ignatius is poised to compete fiercely against top schools such as Thomas Jefferson (Alexandria, VA) and Langley (McLean, VA). With last year’s performance being less than stellar at this conference, our delegates have something to prove heading into the competition. They will continue to train and accept new delegates on Tuesdays at 3:30 in their new venue in Murphy Gym. Go Cats! 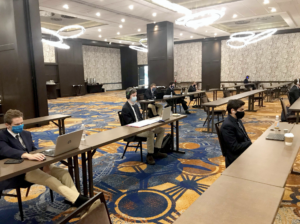 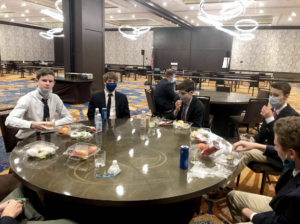