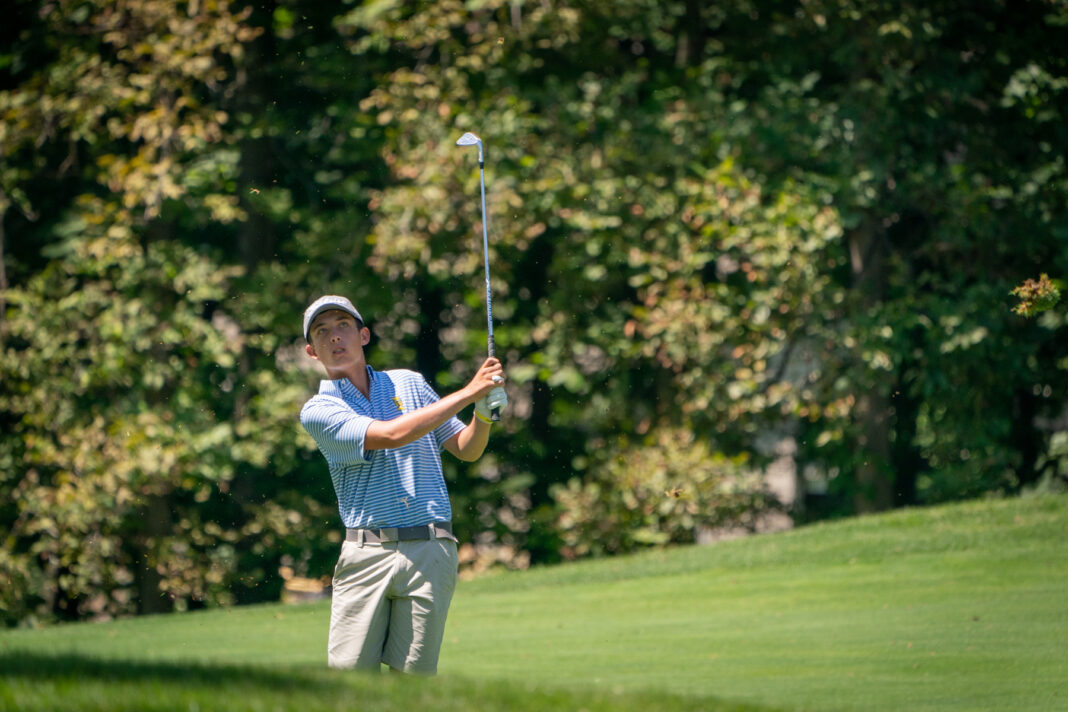 With the state tournament just around the corner, the golf cats have high hopes. Even with a shortened schedule, the team has played phenomenally this season. The team recently tied a school record by winning their eleventh tournament of the year. This elite group of young golfers have proven they have what it takes to be state champs. Most significant for the team are Bradley Chill Jr. ’24, Connor Maliki ’23, and Nick Pieson ’23, demonstrating expertise on the green, and serving as key pieces on the team. Senior Nick Longano has served his team well in the past four years, and looks to cap off his Wildcat career with a state championship. Then there’s Topher Reed, who set the school record last year with a season average of 71.2 strokes; he has only continued his stardom this year. The Ohio State commit will be crucial to the team’s success in the tournament. The team has played a fantastic season leading up to the state championship, and hope to continue this trend. If the team keeps playing the way they have been this season, there is no doubt in my mind they can bring home some hardware. “This is one of the best high school golf teams I have ever seen and I have total faith in my guys going into this tournament,” said head coach PJ Myers ‘99.