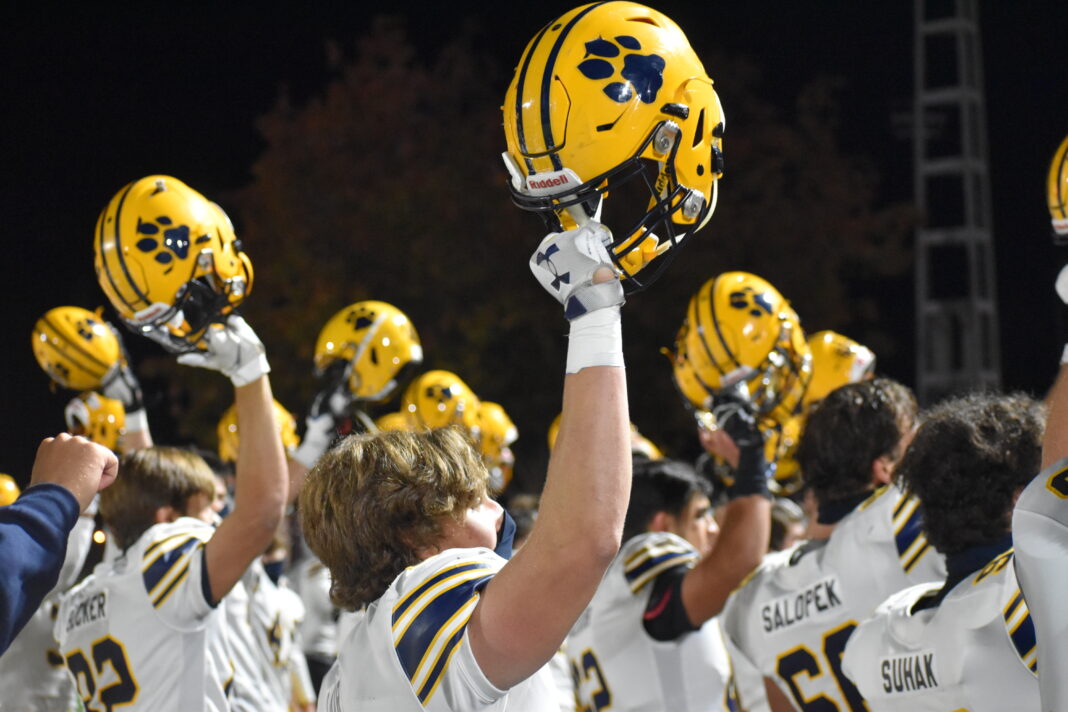 Saint Ignatius football is poised to continue their playoff run as they now set their sights on the Medina Bees at the Regional Semifinal. This past Friday, the Cats manufactured a dominant win over the Euclid Panthers in the first round of the OHSAA Division I football playoffs. Both sides of the ball look very promising going into this game lead by some key play makers.

The defensive line is going to be a big issue for the Bees as Adler and Hubbard are going to lead the way in the pass rush. Adler alone posted four sacks last week against Euclid and has no intentions on slowing down. More importantly the Medina ground game stands little chance against an Ignatius defense that only allowed 16 rushing yards for Euclid this past week. If the Bees want to be able to score points there is no doubt they are going to have to throw the ball. However, the Wildcat secondary will be more than ready in coverage. A now healthy Chris Snyder and star corner Cole Smith will be the guys to watch this week. Each of their names have been called multiple times for interceptions or breakups on big time receivers throughout the season. Taliak is another guy that has come along this season and been able to make big time plays when it matters most.

Joe Pfaff and the offense have worked hard despite their key injuries a receivers and running backs. Dunstan returned last week against the Panthers and picked up his season right where it left off; he will undoubtedly be a big target for the Bees the next game. Dunstan’s speed is crucial for yards after the catch and will definitely be a big piece the Cats will need in order to take down Medina. Marty Lenehan has been absolutely huge for this offense this season, this past week against Euclid, he racked up 233 yards on 40 rushing attempts! The way Lenehan runs through defenders and picks up multiple yards after first contact is outstanding, and he hopes to continue this trend in order to aid the offense. Expect Lenehan to get rolling early in this game and large yardage for the key player.  Someone I think will also be a big threat for this passing game is Nick Lamirand. With his size as a tight end, he is someone the Wildcats should aim to use on third downs and in the red zone in order to help pick apart this Medina secondary.