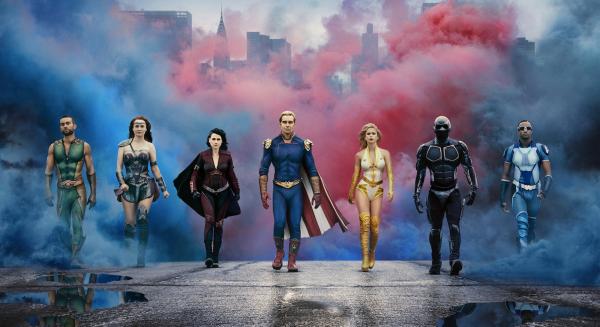 On September 4th, the first three episodes of season 2 of Amazon Original series The Boys were released. Following the critically acclaimed first season, the highly anticipated season two had the following five episodes released every Friday on Amazon Prime.

A twisted take on the superheroes, The Boys offers a breath of fresh air into the oversaturated genre of comic book inspired-media. The premise of the show is simple enough: what if the Justice League was made up of truly terrible people and controlled by a massive conglomerate? The Boys, a ragtag team of anti-Superhero vigilantes, combat Vought International and their team of superheroes, dubbed the Seven.

I have nothing but the highest praises to sing for this series. It takes a fascinating concept and pairs it with fantastic acting and writing that rarely misses. However, the best part of the show is the character work. It is so good due to in no small part the presentation of superheroes, characters we are used to seeing as being altruistic and pure and turning them into truly awful individuals. However, this isn’t to say that each character is purely evil. Every character in the show, however minor, has a great deal of nuance. Every character the show focuses on is compelling, especially the antagonists. This is most evident in Homelander, a character based on the idea of an evil Superman. While this concept may be drawn out and dull in most media, Homelander becomes so much more than that due to the fantastic writing of the show.

All in all, it’s an incredible show and I can’t recommend it enough. If you’re looking for a fresh take on a beloved genre, this is the show for you. Don’t watch it with your family though; it’s incredibly gory and violent.