Home Arts The Last of Us Part II – Masterpiece or Disappointment? 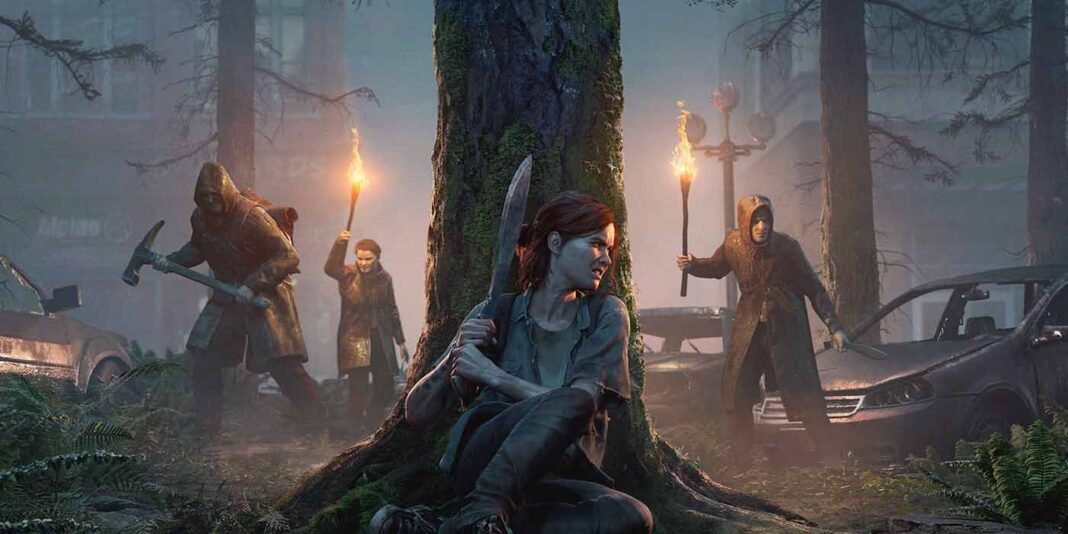 The Last of Us Part II is the anticipated sequel to a decision-based game The Last of Us that released back in 2013 for the PlayStation 3. While the first game is beloved by many, the sequel was met with a plentiful amount of criticism from longtime fans on its initial release day. While I was worried to play this game out of fear of utter disappointment, I eventually bought the game. After my playthrough was finished, to be honest with you, I didn’t quite know what warranted all the criticism it received. But before I dive into that, it makes sense to talk about the plot of the game itself. This review will include spoilers, so if you plan on playing the game, I’d recommend holding off on reading this until you have done so. I’m writing this under the impression that if you’re reading this, you’ve at least played the first game and don’t need much explanation of the previous plot.

The first half of the game has you playing as Ellie, the girl from the first game who is inexplicably immune to the Cordyceps virus, which has caused the world to stop existing as we know it today. She embarks on a path for vengeance as she seeks down the killers of Joel, the main protagonist from the first game and Ellie’s beloved father figure. Ellie embarks on this mission for revenge with Dina, her girlfriend who not only tries to be positive in even the hardest of situations, but also someone who keeps Ellie in check when she ends up letting her emotions get the better of her. The second half of the story has you playing as Abby, the girl who killed Joel, and has you explore her motives behind the killing, which essentially boiled down to Joel killing her father at the end of the first game and essentially dooming humanity by taking Ellie away from the hospital instead of using her immune blood to find a vaccine. Through the Abby playthrough you meet up with her group of people known as the Washington Liberation Front (WLF), as well as her relationships with her ex-lover Owen, and a young transgender boy named Lev. Ellie and Abby’s paths eventually meet with Abby emerging victorious, yet sparing the lives of Ellie and Dina. This leads Ellie to track her down where they eventually duke it out one last time, with this time Ellie emerging victorious yet choosing to spare the lives of Abby and Lev. The game ends with Ellie returning to her and Dina’s house, with Dina having deserted the area, leaving Ellie all alone.

When I finished this game, I was blown away. This game, like the first, was uncannily amazing. The story (which I hopefully did justice in my summary) was beautiful, and something you’d truly have to experience for yourself. Most of the characters were very well written and memorable, and each flashback scene with a young Ellie with Joel was quite a delight. But all of this made me wonder what all of the negative press toward the game was all about.

As I looked into it, a lot of the negative reviews from fans were solely directed at the heavy inclusion of LGBT characters. The game features an openly gay couple as well as a transgender character. To that I’d say that the game handles the LGBT characters extremely well. The fact that they are LGBT isn’t an omnipresent afterthought in this game, like it is in some TV shows or movies. The fact that some characters are gay or trans are very important to the growth and development of their story arcs. For example, the transgender boy Lev’s key plotpoint and the basis behind him teaming up with Abby is that his tribe of people, known as the Seraphites or Scars, are trying to kill him for breaking the rule of shaving his head like their male soldiers when his role in the tribe was initially to become the wife to one of the tribe’s elders. He isn’t trans just because the writers felt it necessary to include a trans character, his identity is crucial to the story.

With that said, I do have some complaints about the game. The pacing can feel a bit strange at times, and sometimes things happen for the sake of happening as opposed to them making sense to happen. For example, when exploring the streets of Seattle trying to find Joel’s killers, Ellie and Dina come across a music shop with a guitar. Ellie takes the guitar and proceeds to perform a very solemn cover of Take On Me. While I liked the scene in general, it doesn’t really make sense when they’re on a mission to avenge Joel. Also, while I truly loved the flashback scenes with Joel, all of the flashback scenes with Ellie and all but the initial flashback with Abby only serve the purpose of reiterating what the characters are fighting for, motives that we already know of. The problem is that these flashback scenes make up around 2-3 hours total of the game, and this game is still super long without those scenes.

Another major complaint I have is with the character of Abby. It’s not necessarily that she killed one of my favorite video game characters in Joel, but it’s that she’s just not all that interesting of a character. She’s not as quick-witted as Ellie; she’s much more monotone. Also, while I do sympathize with her losing her father to Joel, it just doesn’t carry as much emotional weight as Ellie losing Joel, as we had a whole game dedicated to their relationship, as opposed to just a 15-20 minute scene dedicated to Abby and her father’s relationship. Abby is by no means a bad character, just somewhat bland.

All in all, while The Last of Us Part II is still a fantastic game, it just isn’t quite as good as the first game, which I’d consider nearly flawless. It’s still a masterfully crafted story with great writing and overall good characters, but it’s not perfect. There’s a good deal of filler content to a game that, depending on how you play, is already a fairly slow paced game. I also feel that a lot of the Abby gameplay was a bit forgettable, and overall you’ll still remember more of the Ellie moments than the Abby moments. But all-in-all, this game is amazing and I’d recommend it to any and all fans of the first game, or just games in general.