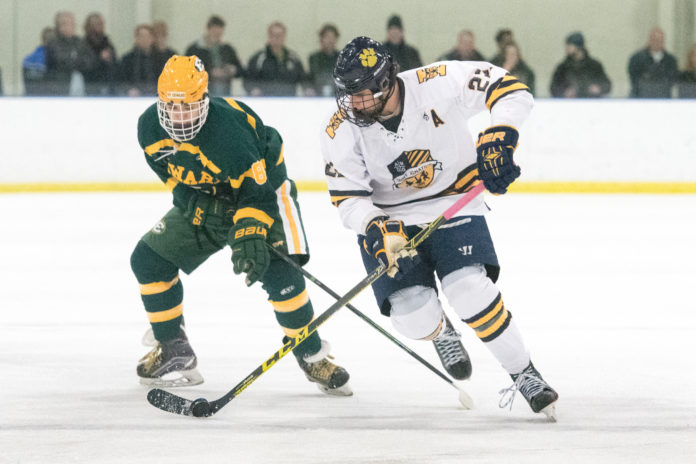 The hockey team is off to a strong undefeated 8-0 start, taking down some of the top high school teams in Michigan as well as a strong AAA 18U Pittsburgh Predators team.

Last week, the Cats defeated Gilmour Varsity A in a 2-1 victory, a game that took place mostly in the Gilmour defensive zone. The Cats outshot the Lancers by a difference of almost thirty, but with a strong performance from the Gilmour goalie, they could only net two.

This year’s squad is looking to continue the historic run of its predecessors. Led by a host of seniors, including Greg Langermeir, Michael Boehm, Alex Bilardo, Rory Zawadzki, and Zak Kovatch between the pipes, just to name a few, the ‘Cats are primed for another successful playoff run come early spring. This year’s schedule sees the the guys playing more home games than in past years. Along with the Fr. Styles Showcase this weekend and the Fr. Welsh Showcase in January, the ‘Cats host St. Ed’s and University School to give the schedule a local flavor.

The team looks to continue their undefeated streak heading into the Father Styles Showcase against elite competition from across the country including New Trier (IL), Marquette University HS (WI), and the Pittsburgh Icemen (PA). All games will be hosted at the Brooklyn Recreation Center from December 20-22. The boys will then take on that team from Lakewood on December 28. 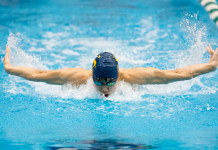 Wildcat Weekly | Swimming at the State Meet and other postseason action 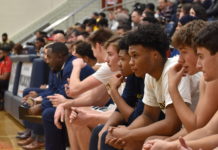 Wildcat Weekly | The postseason is here 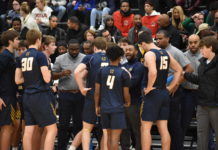