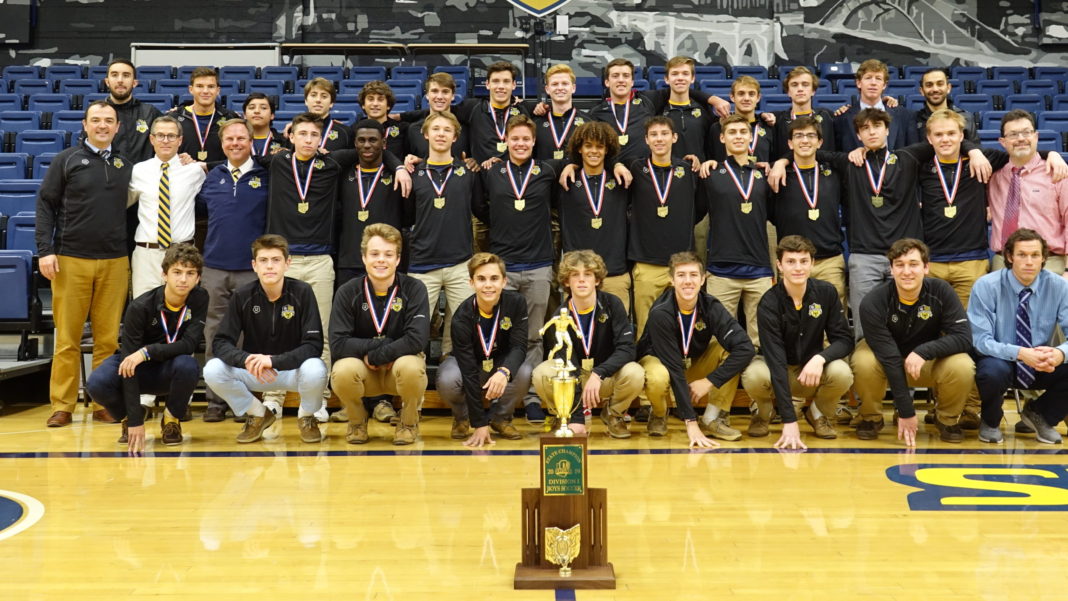 It’s a tie game going into overtime in the state semifinal. The Wildcats have played better than the Bees all game, and have come extremely close to scoring goals on multiple occasions. Play starts, Medina gets the ball on their side of the field. They pass it around a few times before a sophomore gets the ball. He kicks a slow roller towards the bottom left corner of the goal, and it goes in, ending the hopes of a 2018 state championship for the Wildcats.

For nine months the soccer team had to live with coming so close to going to the state championship, but falling just short. For the entire offseason, the team worked harder than ever on the field, and in the weight room in order to bounce back from the previous season. The 15 returning seniors knew that they had only one more shot at achieving the one goal that they had since their freshman year, to win a state championship.

The Wildcats had many goals going into this season. Coach McLaughlin put it best at the state championship rally: “We had [many] goals this season, first was to win the Jesuit Cup, check.” The team took down three great teams in Walsh Jesuit, Xavier, and Toledo St. John’s at the Jesuit cup, winning it once again. “Our next goal was to succeed against the toughest schedule in the country, check.” The Wildcats had by far the toughest schedule in the nation, winning against great Ohio teams such as Avon Lake, Solon, Copley, University School, and Olentangy Liber ty. However, the teams just listed were not what made this the toughest schedule in the nation. The team took down national powerhouses such as the reigning back-to-back Kentucky state champions, Louisville St. Xavier, Peoria Notre Dame, and St. Ignatius Prep Chicago, while also drawing even with St. Benedict Prep from New Jersey, the team with whom they would eventually share the national championship. “Next, to beat St. Ed’s, check.” The team beat the Eagles 5-1 on Wasmer Field. 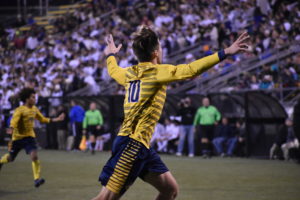 “After that, win the state championship, check.” The team had a phenomenal playoff run, starting with wins over Valley Forge, Lincoln West, and North Royalton. The next two wins came at the hands of Milford and Avon. Then came the revenge game, the game the Wildcats prepared for all offseason, Medina. The two teams were both ranked in the top ten nationally. The game started with an own goal against the Bees. Later a free kick by Kyle Folds put the team up 2-0, and in the closing minutes of the first half, Everett Shorey scored a goal. Great defensive play in the second half sealed the deal for the Wildcats. Next was the big test. The Wildcats traveled to Mapfre Stadium in Columbus for the state championship game against Olentangy Liberty. Everett Shorey had one of the most remarkable games, scoring a natural hat trick over the course of the game. Another goal by Marko Rimac in the closing minutes secured the win, and the Wildcats defeated the Patriots 4-0. The Saint Ignatius student section also had a great influence on the game, as the Wildcat crowd was much larger and louder than the Olentangy crowd, who did not have to make a two hour trip. “The next goal we had was to win the national championship, check.” The team was informed on Monday morning after their state championship win on Sunday that they were chosen to be co-national champions with St. Benedict’s Prep. “Finally, our last, and biggest goal this season was to be good men, check.” Good men, indeed.