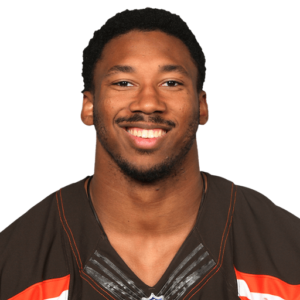 On Thursday, November 14, the Cleveland Browns were beating the Pittsburgh Steelers 21-7 in a heated matchup with a lot of tension building up throughout the game. In the final seconds of the game, Steelers quarterback Mason Rudolph threw a short pass to running back Trey Edmunds. Myles Garrett was in the process of tackling Rudolph when he threw the ball. Garrett tackled Rudolph after the throw was made, and as Myles Garrett was starting to stand up, Rudolph both kicked Garrett and tried to rip off his helmet. As a result, Garrett ripped Rudolph’s helmet off, and whacked him over the head with it. The benches cleared and a brawl ensued. After Garrett and Rudolph were separated, Browns defensive lineman Larry Ogunjobi pushed Rudolph to the ground as Steelers center Maurice Pouncy kicked and punched Myles Garrett in the head multiple times.

The NFL has suspended Myles Garrett indefinitely, suspended Ogunjobi one game, suspended Pouncy three games, and both teams have been fined $250,000.

Before I give my take on this situation, I agree that what Myles Garrett did was shameful, and he should be fined and suspended. The NFL made some good decisions in dealing with what happened, but also made some decisions that make little to no sense. The punishments handed out to Larry Ogunjobi and Maurice Pouncy were fair; I have no complaints with that NFL decision. I also do not have a problem with a quarter of a million dollar fine issued out to both teams after the incident. On the other hand, what happened to Myles Garrett and Mason Rudolph was absolutely absurd. Even though his acts were absolutely disgraceful, I do not think he should receive this long of a suspension. Suspending him the rest of the regular season would be fair because there is a good chance that the Browns do not make the playoffs without him. He does not have the usual bad reputation of a player that gets suspended for a season, like Vontaze Burfict, and he was not the one who started the whole situation. Everything that Myles Garrett did was a reaction that was provoked by Mason Rudolph. Which leads me to my next point–how in the world did Mason Rudolph walk out of this with no punishment? (Ed. Note: As of press time, Mason Rudolph had not been formally punished in any way by the NFL.) He is the one who started this whole situation by kicking Garrett and trying to rip his helmet off. To put it in simple terms, when a parent sees their two children fighting, they do not punish the one who reacted to the instigator. They punish both: the one who started it and the one who reacted. The NFL is supposed to act like a parent in situations like these. Therefore, both Mason Rudolph and Myles Garrett should get strict punishments because both players should be responsible enough not to act in such a manner. Yes, Myles Garrett should receive a bigger punishment than Rudolph, but the fact that Rudolph is treated like a victim by both the media and the NFL is baffling.

Everyone knew that the Browns-Steelers rivalry would be tense this season, but I do not think that anyone was expecting the situation to escalate that much. But looking back at everything that has happened leading up to this game makes me realize that this situation was bound to happen. Coming into this game, both teams were completely undisciplined. The Steelers were exposed for being a train wreck last year because of everything that went down with Antonio Brown and Le’veon Bell. Both Ben Rothleisburger and Mason Rudolph are notorious for being cocky, whiney, and full of themselves. Mike Tomlin has been accused in the past of trying to trip opposing playmakers running down the sidelines. This results in everything that has transpired over the past year and a half for the Steelers organization. For the Browns, the coaching and management has been the issue all year. It has been proven time and time again that Freddie Kitchens is incapable of putting together a decent game plan and keeping his players in check. The amount of mental mistakes on the field by the Browns this season have been countless, and all of these problems can be drawn back to a lack of leadership from the players and incapability of Freddie Kitchens to put anything together.

Throughout the last couple of years the NFL and its fans have been growing farther and farther apart because of executive decisions, and how the NFL treats it’s players, coaches, owners, and officials. The league has no set position on certain issues such as players’ on field activities, players that use drugs and have failed drug tests, players that perform unjust acts off the field that sometimes lead to criminal charges, officials that continuously make horrendous calls in general and against certain teams, and rebellious owners. All of this has created so much drama that when I sit down and watch football on Sundays, I feel like I am binge watching Keeping Up with the Kardashians. The NFL’s ratings have been declining over the last few years because of the tense relationships between the league, the players, and the fans. The incident that occurred between the Browns and Steelers is just another example of how the NFL needs to make serious changes.

Ed. Note: Myles Garrett was scheduled to have his appeal heard by the NFL after this piece was written.