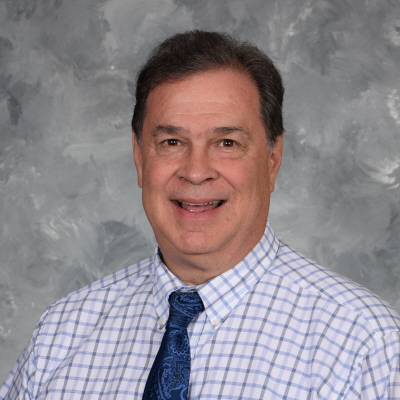 17 years. 17 years Mr. Arthur roamed these hallways we do now, a man who has left a long legacy here on this school, and embodied what Saint Ignatius High School wants all their students to achieve: not only being a Man for Others, but always living the Magis (the more).

Having him as my Physical Education teacher this semester has been a great blessing. He is always full of energy, charisma, and character—always wanting the best for his students and striving to be the best model he can be. Whether it be shown through his boisterous humor, his intense love for food, or his good sportsmanship, Mr. Arthur makes an impact on us everyday. Physical education to him was not just about the sports, but how to work as a team and work on ourselves. He always wanted us to work together and get better as a group because that is how we each became stronger on our own. Learning how to throw a ball was good, but understanding how to deal with failure was even better; communicating with your classmates on the field was good, but giving your classmate a high five after bringing in some runs was even better. It was always about finding more in the sport, and Mr. Arthur did that with passion. I have never met a person more caring about the work he does and as excited to begin a brand new day with some high school students. And while I never had the opportunity to know him sooner, I am very glad I have gotten to know him now before his retirement. He will continue to impact our school through the relationships he has built not only with the faculty, but the students who will tell his stories on their Saint Ignatius High School journey.

Mr. Arthur started teaching here in 1980. Fr. Walsh was the president and he was hired in June of that year. He not only taught at Saint Ignatius High School, but at Trinity High School as a World History teacher, and both St. Monica in Garfield Heights and Saint Peter and Paul as a combination job in the past. Hired alongside Mr. Michals and Mr. Avcolie in July, Mr. Arthur was chosen to be the department chair of the Physical Education department.

When talking with Mr. Arthur about the article, he remenised to the olden days: when Murphy Field House was not yet built, the days of Wasmer Field as an area of natural mud, and when freshman were required to take both health and physical education. He coached freshman football for 2 years, and then acted as a varsity assistant for the basketball team under the famous coach Marty Chambers. He went on to become the JV coach for the basketball team at Ignatius, and eventually head coach, which he served for 6 years. On his side all throughout the ride was Coach Frank O’Brian, who supported Mr. Arthur as the varsity assistant.

Not to forget, Mr. Arthur was also Dean of Students for 6 years. Mr. Pete Corrigan, the principal at the time, encouraged Arthur to take the position. It not only helped him become a better teacher and administrator, but allowed him to see a student’s perspective of life. “There is more that our kids have going on than just school (at home) – are a big part of what our students deal with every day. As the dean you get to know a little bit more and gain new perspective. I believe I was a fair dean and very understanding during my term.”

When he came back to a position in the Phys. Ed Department, he saw all the changes, especially Murphy field house, in a major way as a plus for the department. To have a facility during the school day for intramurals and open gym was important to not only him but Mr. Michaels. Teams were not allowed in Murphy until after 5 o’clock so kids who do not do sports can finally play. Wasmer Field was new too. Mr. Arthur said, “the drainage was exceptional and there were no problems during the games.”

When I asked Mr. Arthur what is going to be sticking with him he said, “The alumni here are fantastic and unbelievable with what they are willing to give back. Having taught for 39 years was remarkable. The colleagues and students I worked with have blessed my life.”

His best memory was coaching the basketball team in 1987, winning 18 games in a row, while knocking off the #1 team two weeks in a row. “They were a remarkable group of young men.” And there were trying times with the passing of Mr. Skerl and Mr. Michaels.

“In the end, I’m approaching life in an easy going way. I don’t look at all the fancy things in life. I grew up on the Southeast side of Cleveland from a blue collar family. That working family has instilled values in me that I wouldn’t change for the world.” And while many believe Mr. Arthur should have been a Jesuit (especially his mom), he got really close working at a Jesuit Institution. It was all about sacrifice for the students and it made his heart warm. He wouldn’t have it any other way. “I have truly been blessed.”

Mr. Arthur leaves us with this advice: “Work hard, and follow your dreams and I think you’ll achieve success. It might not always come out the way you think, but somehow it will all work out.”

Thank you, Mr. Arthur, for all you’ve done for our school. You will be missed, but never forgotten!