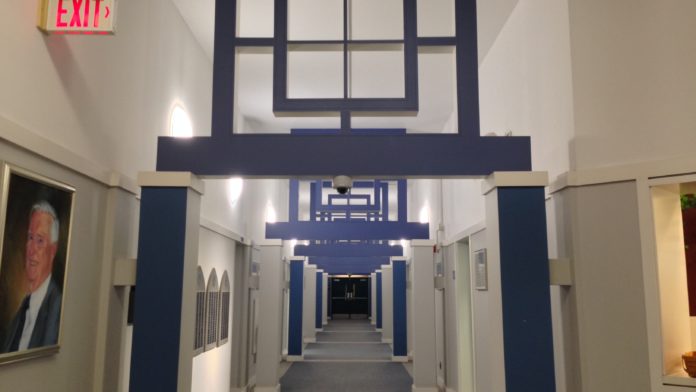 Hopefully, we’re all back in the school routine. I didn’t send an update last week because I wanted to let everybody cram in their break work in peace.

Basketball: The basketball cats lost a tough game to Saint Ed’s on Friday night by a score of 87-64. Senior Lucas Bielek led the way for the Cats, finishing with 24 points. The Wildcats’ game on Saturday vs. Westerville South got cancelled due to snow in the Columbus area. The team returns to action next Saturday vs. Cleveland Central Catholic.

Wrestling: The MatCats participated in the MinuteMen dusk this weekend. The team went 4-1 and had an overall productive weekend. Senior Patrick McGraw recorded his 100th Career Victory and was the Most Outstanding Wrestler. Senior Doug Huff also went 3-0 after coming back from injuries at the start of the season. The MatCats travel to Toledo St. John next weekend to participate in the Catholic Invitational Tournament.

Swimming/Diving: The Swim Team competed at the Northeast Classic this Saturday. The team placed 6th at finals with a notable first place win by Tyler Hong in the 100 back. Swimmers who qualified will swim at the Catholic Schools Meet in Maryland this weekend.

Bowling: The Alley Cats clawed their way to a win over Garfield Heights on Saturday morning, taking two of three games and splitting the two baker games with the Bulldogs. When the scoresheet was finalized, the Alley Cats secured a 2,181-2,081 pinfall advantage for the OHSAA point. The men of Ohio City won five of seven scratch points, along with a couple handicap points. With the victory, the Wildcats advance to 4-5 on the season entering a regular-season finale matchup with Lakewood next week. The Sectional Tournament also looms large just over a month away.

Model UN: This past weekend a strong 45 Diplocats attended the University of Michigan Model United Nations Confrence (MUNUM). The delegates tackled problems of great and rising importance, ranging from internet censorship to nuclear waste. While the competition was elite, the Diplocats pulled through with eight awards as follows:

Congratulate these students when you see them for their hard work and dedication this past weekend.

Senior Quote:“I don’t have time for these quotes when I should be starting my weekend homework” – Nathan Dolinar

Misc. Announcements:The Eye and PodCats have some new material out to help you celebrate the New Year and get back to the grind….

The PodCats will meet in room 212 Wednesday after school to discuss the new studio, upcoming episodes, and the NPR podcast contest.

That’s all I’ve got this week, Saint Ignatius. If you have any ideas, comments, or questions, feel free to reach out to me.