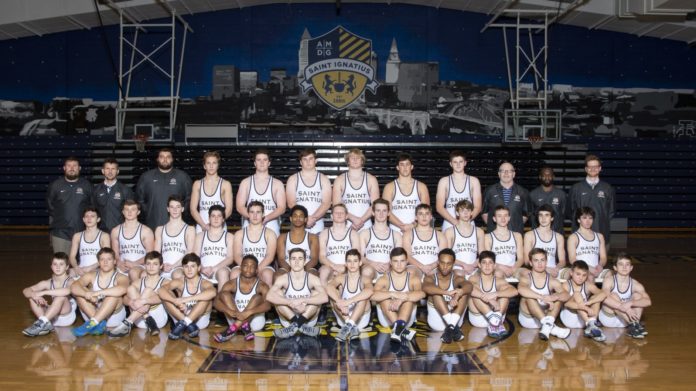 Although the Wildcats have a young lineup this year, they are ready to fight through their tough schedule, and become one of the top teams in the state.

Five experienced seniors, DJ Huff, Patrick McGraw, Matthew Whipkey, Zach Morgan, and Tommy Gill will be setting an example for the younger members. McGraw and Huff are coming off of a year where they went to Districts and are looking to compete again in Columbus this March. A junior to look out for this year is Johnny Novak. Novak gained 144.5 team points last year and just missed on qualifying for states.

Other than the veterans, there are also five young players to watch for this year. Two returning sophomores, Jack Bush and Anthony Santagata, will look to be top dawgs amongst the youngsters. Three new members who will be looking to make names for themselves are sophomore football players Andrew Chime and Bennett Adler, along with freshman Teandre Allen.

A huge part of any high school sport is having the heart to give it your all, and developing in your sport over your four years.

“Every year, I try to look at, ‘What can make our team better?’ Every team has a different dynamic,” Coach Sullivan explained. “Some are self-motivated. Some are team-motivated. This is definitely a team-motivated group. They push each other, they work off of each others enthusiasm. It’s a very high work ethic group. By the end of the year, you’ll see a lot of improvement.” He later went on to say: “We’re a really young team, which is exciting. Then you see the growth from beginning to end and in the next few years. The best way to assess this team is as a hard-working, enthusiastic team with high goals. It’s exciting to coach a team like that.”

The team should be exciting to watch this year. Patrick McGraw said: “Be ready for Ignatius wrestling. We’re going to surprise some people. Watch out, we’re coming and we’re ready.”

Let’s hope that the Wildcats have a successful year, and maybe in March, have a couple of guys standing on the podium in Columbus.