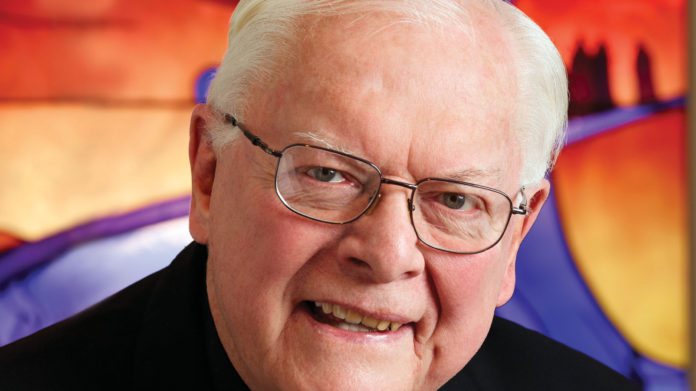 The purpose of our education is to give a young man the tools whereby he can answer the question ‘What does God want from me?’

These famous words come from Rev. Robert J. Welsh, S.J., Saint Ignatius High School’s president from 1979 until 2000. Although the current students may not have known Fr. Welsh ver y well, his impact is still very much seen on and off campus. 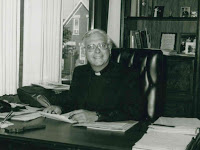 After graduating from Saint Ignatius in 1954, Fr. Welsh went straight into the Jesuit order, working and studying towards his eventual ordination in 1967. Just one year later, he returned to Saint Ignatius to teach Theology and act as the director for student spiritual counseling. In 1974, he took the title of Development Director. In this position, he took charge in greatly expanding our fundraising programs so that all students, regardless of their financial background, could have the opportunity to attend Saint Ignatius High School.

Five years later, he became the President of the school. Under his leadership, both Sophomore Service and the Arrupe Programs were launched in hopes of providing more opportunities for students to better serve their neighbors. In 1999, Fr. Welsh was named a Founder of Saint Ignatius High School because of his dedication to Catholic truth in education. Without him, Saint Ignatius would be very different. The school’s spirituality, financial aid, and service opportunities are largely because of Fr. Welsh’s actions. 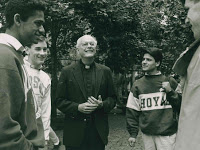 The Saint Ignatius community is greatly saddened by the loss, but all are ver y grateful for Father’s contributions. Saint Ignatius President Rev. Raymond P. Guiao, S.J., said, “His charismatic way of involving everyone in the mission of the school has inspired all of us to better understand the importance of loving Christ. He will truly be missed.” Students and faculty alike brought up the powerful point that throughout his entire life, Fr. Welsh prayed the Suscipe.

Part of that beautiful prayer includes the words, “Take, Lord, and receive all my memory.” This prayer offers everything to God, including one’s memory. Fr. Welsh struggled with dementia in his later years, which led to memory loss. He prayed for that his entire life because he did not need his memory. He only needed God’s love and grace.

Fr. Welsh’s life on Earth lasted from June 30th, 1936 until August 30th, 2018, the day before the Mass of the Holy Spirit. He was eighty-two years old when he passed away in Colombiere Center in Clarkston, Michigan. Although he may be gone from this world, he is most certainly alive with God in His eternal kingdom.