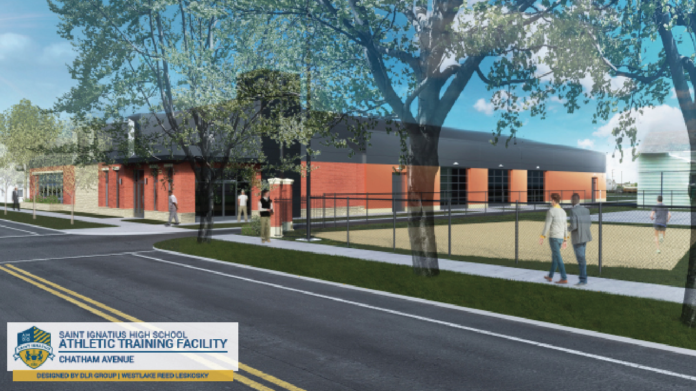 Just months after the completion of Kyle and McLaughlin Fields, plans for an athletic training facility are already in progress. The building will help out many groups and teams, including baseball, lacrosse, golf, soccer, football, track and field, band, sports camps, SEP, Arrupe and other community outreach programs. Overall, the building will benefit the school, neighborhood, and community. In the words of head baseball coach Mr. Ganor, “This project will separate our baseball program and all of athletics from anyone else in the area. Having the opportunity to practice in an environment that most closely resembles actual baseball conditions will ensure that we can continue to produce at the highest level.” 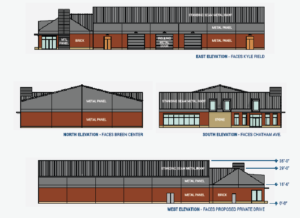 The facility is the second phase of a potential three-part plan. It would be used quite often, especially during times when the Cleveland weather does not allow for outdoor practice. Also, it is conveniently located near Kyle and McLaughlin Fields, as it is in between West 31st Street and West 32nd Street. However, a building like this does not come cheap. Thankfully, Peter Carfagna ‘71 and his family were extremely generous, funding around half of the project that includes not only the facility, but also Kyle and McLaughlin Fields, which were phase one. While more funds are still being raised, the school has already acquired the necessary real estate and begun getting approval from the city of Cleveland, a process that should last about five or six months. After getting approval, construction will begin and end all before the end of 2018. The potential phase three of the plan would include building permanently affordable housing on West 32nd Street. The land is currently vacant and shows potential as a great spot to carry out the school’s mission.

The addition of the athletic training facility will make Saint Ignatius students even better at offering up their talents to God, which is the reason behind everything done at the school. Vice President of Operations and Chief Financial Officer Mr. Klingshirn ‘79 summed it up by saying, “Most importantly, this facility provides yet another opportunity for the young men of Saint Ignatius High School to focus on mind, body and spirit as ‘Faith on the Field’ and ‘Magis’ are major themes of this project.”