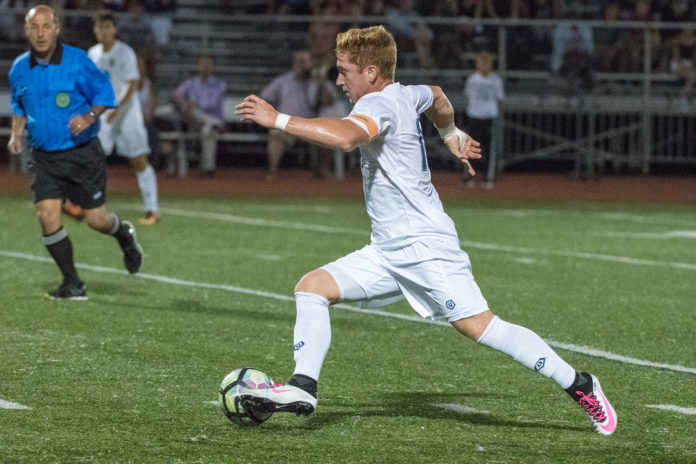 It wasn’t easy, but they got the job done.

After wins of 11-0 and 12-0 to start the playoffs for Coach McLaughlin’s Wildcats, they would have to work an entire first half, and then nearly 20 minutes into the second half to find their first goal.

It would be Riley Houde who would strike first to win it for the Wildcats, 1-0, versus a very scrappy and determined North Royalton team. Stephen Milhoan provided the assist.

Milhoan, who is a Xavier University recruit, is currently tied for the most goals ever scored at Saint Ignatius with 76. He is tied with Pablo Aycinena who played from 1998 to 2001.

He will get a shot at breaking that record on Wednesday when the Wildcats face off with Shaker Heights in the Regional Semifinal at Brush High School.