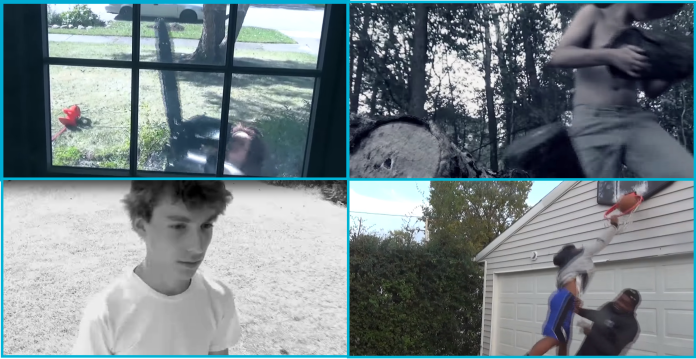 While many students have not ventured up to the sixth floor of the main building, those who do may be pleasantly surprised. Upon entering the sixth floor computer lab, one will find a heavily decorated room with colorful murals of people like Kurt Cobain and Bob Marley. What’s most impressive about this room, however, is not the art on the walls, but rather the videos being filmed, edited, and produced by Saint Ignatius students.

These videos are projects created by students taking Father Ross’ Digital Film Production class. The students who make these videos encapsulate a wide range of filming experience. Some students begin the class with previous knowledge of filming techniques and video-editing software, while others may have only ever used their cell phones to take a quick video. No student, however , is ever at a disadvantage due to the nature of the course. The course begins with an introductory project that allows students to become familiar with the Hollywood-grade editing software known as “Final Cut”. This introductory project sets every student on the path to impressive film production and helps make every student in the course feel more at ease with its intricacies.

The projects in this class are very open-ended and allow each student to create a personalized video that is unique to them. For example, one of the earliest prompts for a video was to film one person doing one action. This may seem like a basic and limited situation, but when elements like dubstep music, slow motion, and color filters are skillfully added in, mundane actions like chopping wood and starting a car turn into minute-long thrill rides.

While natural skill or talent is not necessary to thrive in this class, it is most definitely recognized. After every major project, students vote on which video they think is best. Ben Brown ‘16 is one student who has won the praise of both his classmates and Father Ross time and time again. What sets Ben’s work apart is his mastery of the fundamentals of filming and editing taught by Father Ross. These skills include smooth transitions, interesting camera angles, music synchronization, and the “rule of thirds”. But as proficient as Ben and many others may be at these methods, it still takes them hours of hard work filming multiple angles and editing footage to create a video which may be only a few minutes long.

As a whole, Digital Film Production is an engaging class that rewards hard work and creativity. This class not only leaves every student who takes it with professional-level knowledge of filming, editing, and producing video, but it also gives students a chance to express themselves by creating something amazing that others can enjoy. You can find the films on the FilmSIHS YouTube channel.

The playlist below has some class highlights.