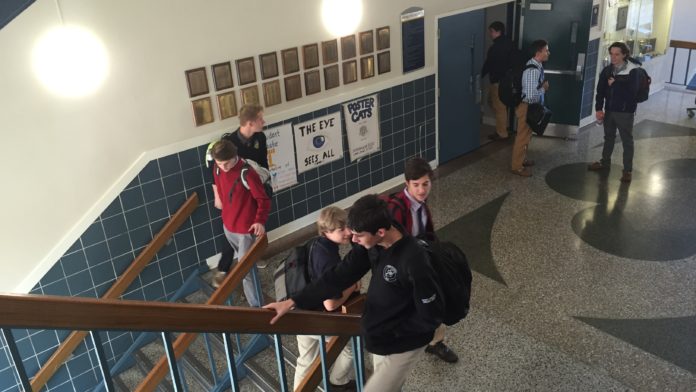 Though some may not recognize it, high school students are, on occasion, an exceptionally laborious demographic. Leaving out my peers that begin their homework before 8 o’clock (if you even exist; I have yet to find you), I’ll describe what I believe to be the two most common types of Ignatius students:

The first begins his work much too late, knowing full well how long he’ll be up. This student works into the night swigging coffee like he didn’t know he could, hoping for another bit of precious energy. But this student eventually hits the wall of exhaustion and acknowledges the headache he’s brought onto himself. He throws in the towel, knowing the next morning will be an even greater headache: but at least he will get some sleep.

The second student demonstrates similar procrastination, beginning his work even though the sun’s been set for hours. Working with a similar caffeinated beverage, telling himself to push through, this student finds the energy to finish every last assignment (bravo, my friend). But one must ask, has this student achieved such a feat by sacrificing his learning the next day?

Saint Ignatius is certainly committed to helping its students reach their full potential, but in trying to promote maximum productivity, it may be failing to recognize the reality that plagues its students. Homework, very simply, can at times be given at an almost unmanageable pace. That being said, I wouldn’t suggest the school abandon homework altogether; even the laziest of us see its significance. But is it possible that in giving out so great a deal of homework that the student population fails to experience the greatest possible amount of learning? I believe so.

For those who haven’t experienced sleep deprivation, refer to the experts: the National Sleep Foundation argues that a lack of sleep can “limit your ability to learn, listen, concentrate and solve problems.” Overall, a student’s cognitive performance is critically damaged when he or she fails to get a healthy amount of rest, which for our age group is about 8-9 hours.

While it is certainly true that students, teenagers especially, push off their homework just to add on to their free time, a policy that merely scolds students for failing to do their work may not be the best approach. I’d like to make an appeal: don’t just penalize students who come into class empty handed, but work to help them become more disciplined. Saint Ignatius is a preparatory school, after all, and it would fail to achieve its mission if it didn’t acknowledge that some Wildcats don’t continue on with the skills they’ll need.

In trying to promote a healthier and more capable high school, Saint Ignatius could implement a less punitive and more constructive type of policy to foster an even greater level of intellectual, athletic, and social growth. Perhaps a new “wellness initiative” exists that only waits to be realized.