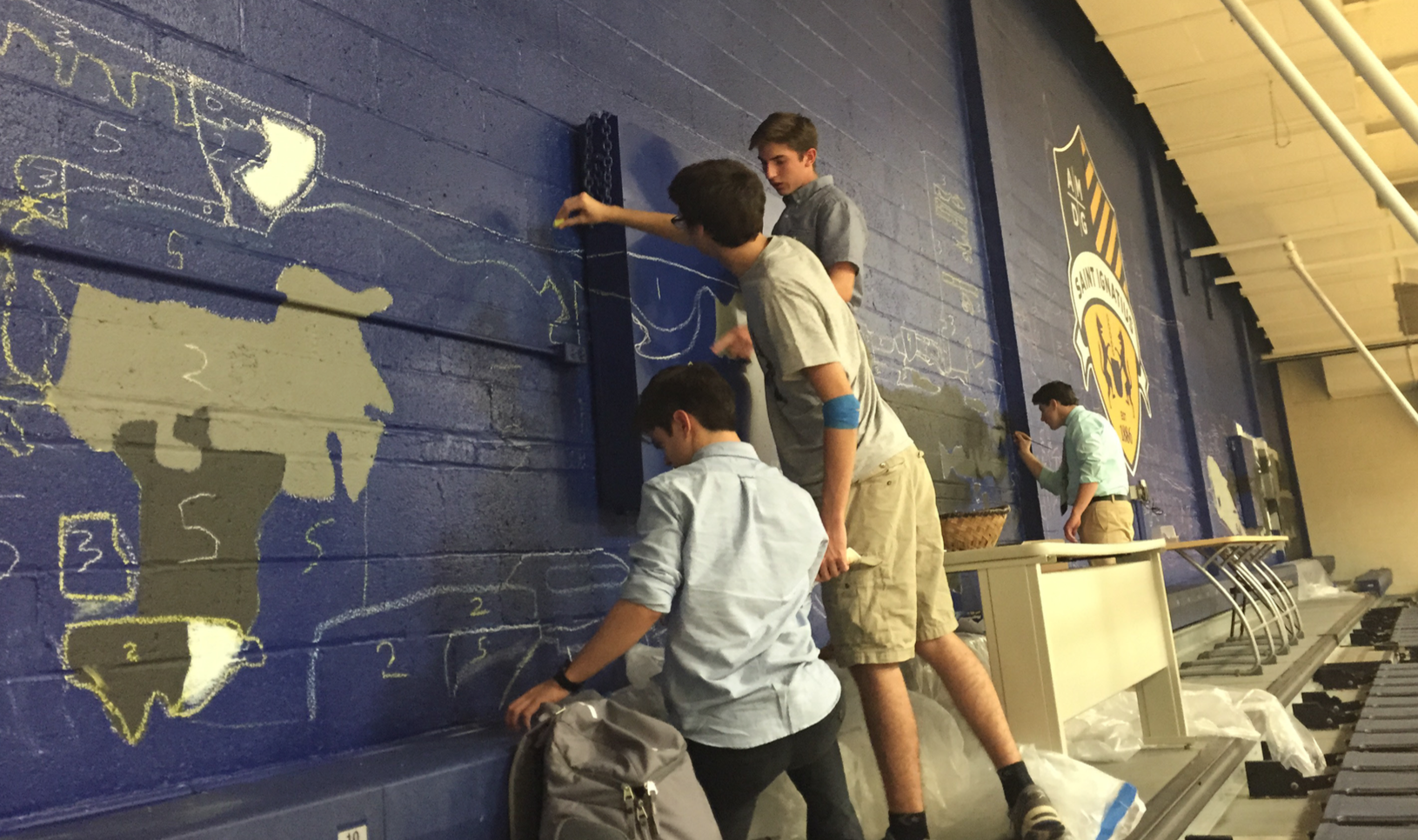 For more than 30 years, a painting of a Wildcat loomed over the Sullivan Gym. Last May, after a an initial vote in which two-thirds of the students voted to replace the mural, students selected the final design from among several proposals.

Senior James Hoag’s mural entry ended up winning the vote. “I wanted to enter my design in hopes to be able to leave something behind before I graduate,” he said. “It would be my last gift of service to the school. Also, working with a space that large is a very rare privilege, so it would be silly of me to pass up such an opportunity.”

The new mural will depict a night cityscape of the Cleveland skyline. The design hopes to show the central role St. Ignatius plays in the city.

Ms. Burrows, art teacher and moderator of Artists in Residence, has overseen the project, but the design and execution of the project has been carried out by students.

One addition to the design will highlight athletic achievements. Each star in the night sky over Cleveland will represent one of the many state championships our school has won. According to Mrs. Burrows, “It’s about our community and how many state championships our community has won. It’s not about one individual sport, but about how many our school has won as a whole.”

The Artists in Residence club is working hard through each week to finish the mural. They are hoping for the mural to be completed by November, just in time for basketball season.