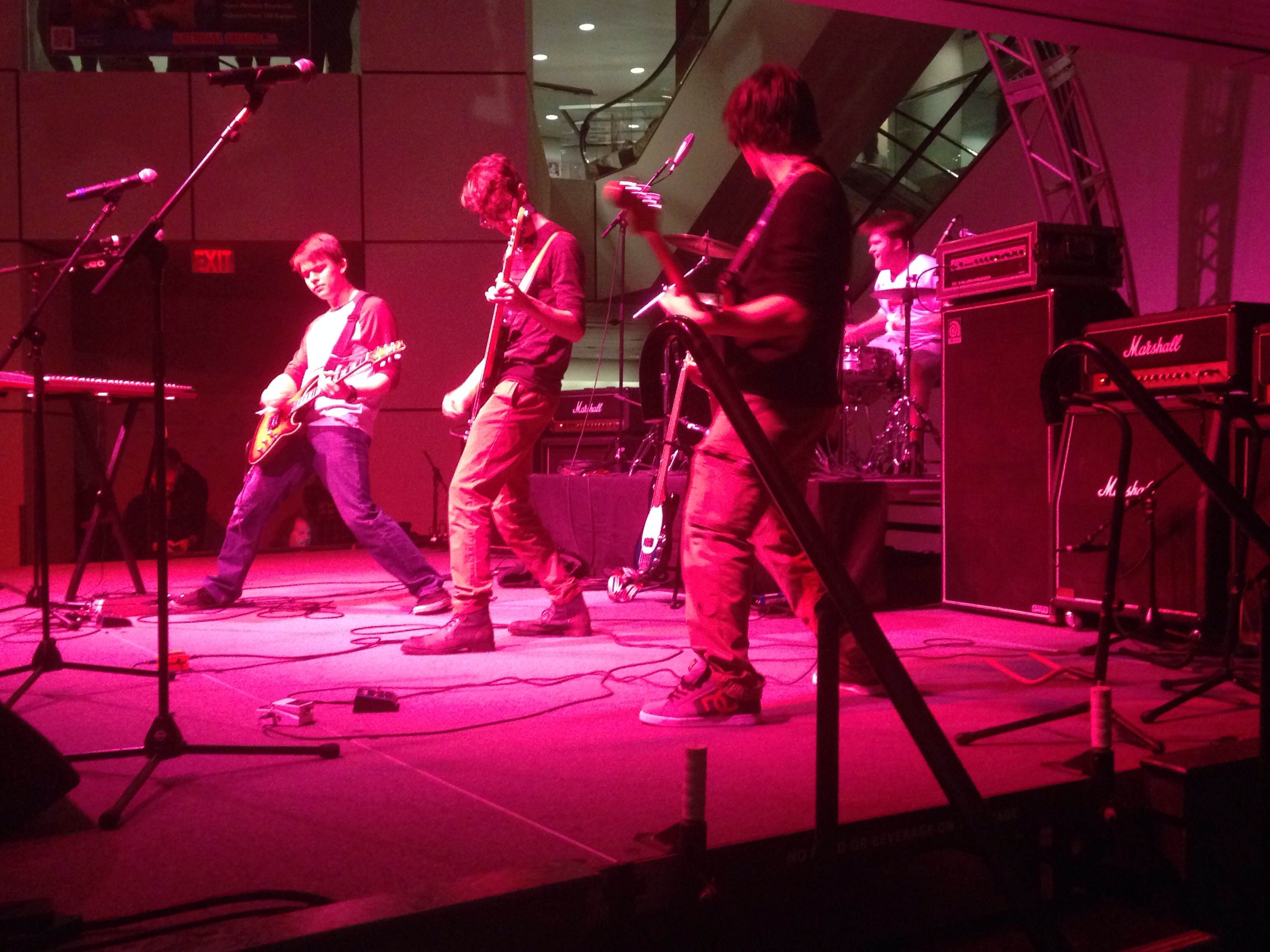 by Dylan Welch ’15 and James Zajaczkowski ’15

Staged at the world-renowned Rock and Roll Hall of Fame, the Tri-C High School Rock-Off began Friday January, 9th and the first night was a blast of good, clean fun for all ages. The night was filled with energy, and the crowd had to be pleased with the diverse sound ranging from light acoustic to hard punk rock.

Appropriately, the night was kicked off with a cover of The Beatles’ “Back in the U.S.S.R.” by the band Herman from North Ridgeville. Parts of Pieces, a band out of Walsh Jesuit, followed suit and kept the energy up with a tremendous performance of “War Pigs” by Black Sabbath. Desperate Endeavor from NDCL slowed down the tempo considerably with a friendly acoustic set. To follow, Fladnar & Friends came back with more hard rock. A purely instrumental band, they impressed with heavy doses of guitar riffs and instrument solos.

As the night progressed towards primetime, some Wildcats finally got in on the action. Never Surrender came on and did not disappoint. Holden Szalek ‘15 owned the drums as his band gave arguably one of the strongest performances of the evening. Led by their singer, they had a confident stage presence, and it showed on their rendition of “Heartbreaker” from Pat Benetar. Their set was capped off with an impressive original tune named after the band itself, Never Surrender. Ultimately, they were voted to move onto the next round of the Rock-off and clearly earned it.

Soon after, there was a slight break in the action as National Guard representatives were in attendance and sponsored a push-up contest on stage. Two Wildcats, David Sisson ‘15 and Mitch White ‘15 were brave enough to enter and gave their best shot. Sisson put up a valiant effort and came away as runner-up.

However, they were not the only Wildcat students in attendance as the place seemed to be filled with them by the night’s end, especially with fan favorite Candela soon to follow. Casey Sobecks ‘15 was on guitar and vocals and Rex Larkman ‘15 manned the drum set for what was a superb set. Just before he went on Rex told us, “I’m so stoked. I just ate food. I’m feeling good.” It showed as they had the crowd clapping, cheering, and even swaying along for nearly every song.

Capping off the event, The Blkshrts, a two-person band from Westlake, sent everyone home happy with a great finish. All in all, the Wildcat students participating in the bands and audience added a lot to the awesome event.

One of many Wildcat students here, David Sisson ’15 takes 2nd place in the National Guard push-up contest on stage. pic.twitter.com/zxQXPGjJ6v