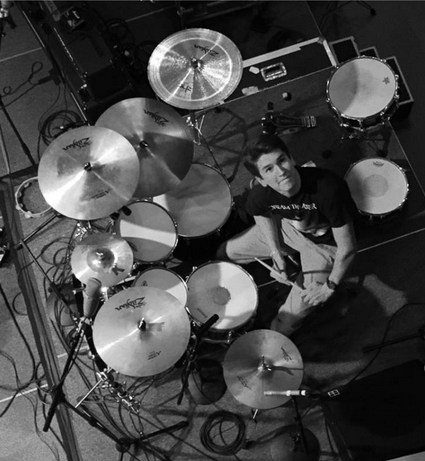 Last week, on January 9, Holden Szalek ‘15 and Paul Kolbus ‘18 left school with a feeling of excitement and anticipation. That night, Holden and Paul, along with their band “Never Surrender,” played the 19th Annual Tri-C High School Rock Off at the Rock and Roll Hall of Fame and Museum. “It’s pretty exciting playing at a venue like the Rock Hall, especially with a ton of people cheering and supporting you. Performing music for anyone always excites me, I get to share my talent with them, just kickin it and ripping off some licks on stage,” Szalek, the drummer of the band, said.

Held at the House of Blues last year, the Rock Off receives about 200 applications a year and chooses 50 to perform. “Live Nation, who sponsors the event, put out applications for any band interested. So we decided to sign up and we got in,” Szalek said.

The band shows no sign of slowing down anytime soon. “We’re hoping to finish recording an album and put it on a CD pretty soon. We have a song on iTunes but we’re still in the writing process for a few more originals,” Szalek said. Szalek admitted the group spends a lot of time in his basement writing and recording songs as if it were their studio. Past that, they’re looking for more gigs both local and around Ohio. “So far, we’ll probably be playing at Twins-Day in Twinsburg, a bunch of local restaurants, and possibly a few clubs and several cities’ ‘homedays’ events,” Szalek said.