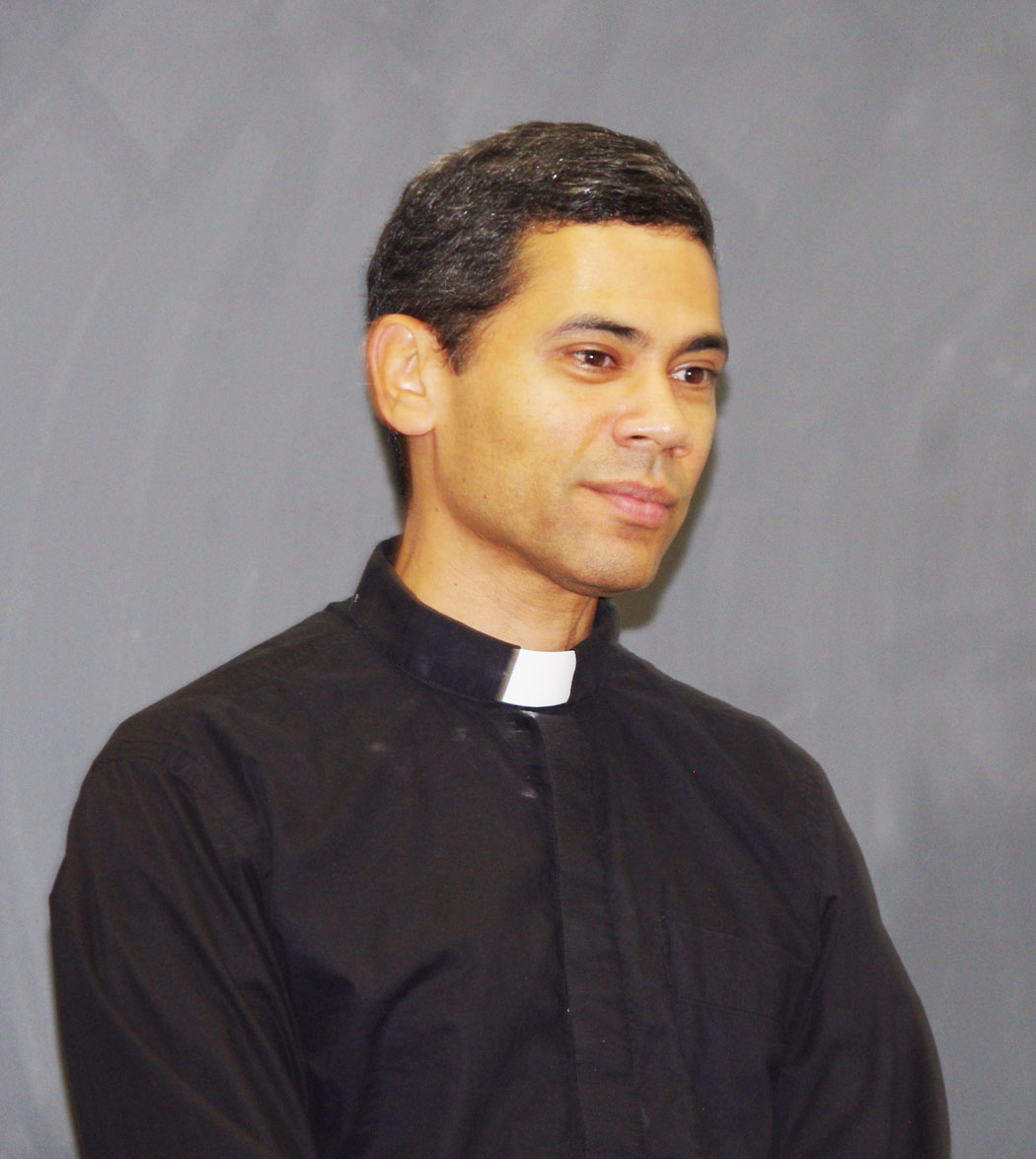 Ad maiorem Dei gloriam. Although the motto of the Society of Jesus, translated from Latin as “for the greater glory of God,” can be found nearly everywhere on campus, its true meaning is easily forgotten. What does it really mean to be a Jesuit?

Perhaps if anyone knows, it’s Brother Ralph Cordero, S.J. This is Cordero’s fourth and likely final year teaching at Ignatius, but before he goes, he agreed to share a little of what he’s learned since joining the Jesuits in 2000.

As an optometrist, Cordero was first exposed to the Jesuits after being asked by a Franciscan nun at his home parish, Sacred Heart Chapel in Lorain, to work the RCIA (Rite of Christian Initiation of Adults) program. “I had no idea at that time what RCIA even stood for,” Cordero admitted. After agreeing to help with the program, he immediately became stunned by the idea that adults wanted to share this faith that he had simply grown up with. After several years of working the program, the same nun came to him and recommended the Jesuits.

“That was my first ever hearing. I went to see the Jesuit vocation director and it was funny because I had done a retreat about a month before that and he was the director of the retreat. I took that as a sign from God that I should really look into this group,” Cordero said.

Cordero said he felt he related to Ignatius’s story when he starts to notice a difference between serving the queen and serving God. “When I was working at the parish and RCIA, there was something so life-giving that I couldn’t ignore. That difference led me to seek religious life and realize that I felt called to this way of life. I realized this is what’s bringing so much life into me,” Cordero said.

Now, fifteen years since entering the Jesuits, Cordero said the most challenging part of being a Jesuit is “going to a place for four years, developing relationships, and then being called to go somewhere else.”

“Even though it’ll be hard to leave here, it has its graces. You get to experience something new, but at the expense of having to leave relationships behind that you have come to treasure,” Cordero said. Of Ignatius, Cordero said, “I’ve never been in a school that had so much tradition and history.”

Cordero feels that if it weren’t for the Jesuits, he might have missed out on a lot. “I would have never found out that I enjoy teaching. They tell you to be open to growth and open to working with teenagers in a high school and I thought ‘oh my goodness I don’t know if I can do that.’ It didn’t take long for me to find out how much I enjoy teaching. It led me to pursue a masters in math at John Carroll,” Cordero said.

Beyond discovering his love for teaching, Cordero has been able to satisfy his desire to learn through travel. “They say, ‘join the Jesuits, see the world.’ There’s a lot of truth to it. We have a long formation just because we are men that are sent out into the world. The world is our seminary,” Cordero said. Cordero has been missioned to places such as Peru, Israel, El Salvador, and most recently the Dominican Republic. “It’s of so much value to be able to meet all the different cultures. That has been very enriching,” Cordero said.

Ultimately, the three biggest lessons Cordero has learned being a Jesuit are to stay prayerful (“I can always sense that when I get away from prayer, I don’t function as well as compared to when I have prayer in my life.”), to always grow (“We always have to be growing in our religious and intellectual competence. Those five characteristics of the Grad at Grad, they apply to everyone, not just the graduate.”), and to always find the best interpretation (“I have found that when I hear someone speak, I immediately make a judgement or give it a bad interpretation. Ignatius says find the best interpretation, rather than making a judgement.”).

Cordero’s ultimate message the world is: “seek your passions, that’s where God lies.” In order to properly accomplish that, Cordero believes one must spend a substantial amount of time in reflection. “Ignatius said the examine was the most important prayer of the day. Step back and reflect and step into silence and realize how God is in your life and how you were there. That’s when you start tapping into your deep passions. And that’s where God is going to reside – in your deep passions,” Cordero said.