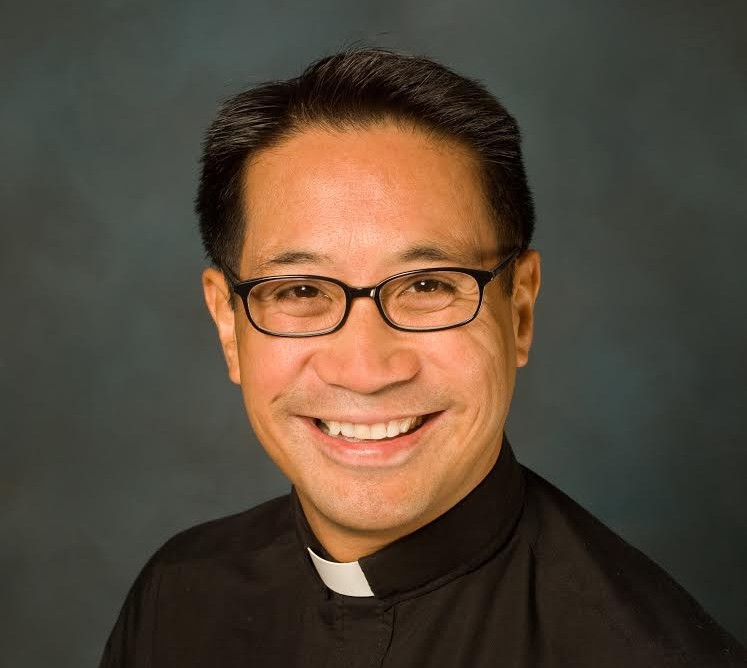 by Sam Royer ’15 and other Eye Staffers

Saint Ignatius has a new President-elect.

In a letter from Mr. Michael Frantz, chair of the Board of Regents, and Mr. Joe McAuliffe ’80, chair of the Presidential Search Committee, Fr. Ray Guiao, S.J. ’82 was announced as the successor to Fr. Murphy. Fr. Guiao will assume duties of the office on July 1, 2015.

This decision was the culimination of a three-month process that included a call for applicants, meetings with faculty, staff, administrators, alumni, and other key individuals on our campus. Following interviews with applicants and deliberations, the search committee voted to recommend Fr. Guaio. The Board of Regents voted unanimously Tuesday night to approve the committee’s recommendation.

Fr. Guaio’s connection with Saint Ignatius goes back three decades. After graduating in 1982, he came back as an English and Theology teacher from 1992 to 1995 while in the Regency phase of his formation. In 2000 he returned again to teach Theology and direct the school’s vocal music program. As vocal music director, he founded the Cat ‘o Tonics and was the vocal director for the musicals. He also served as Vice President for Mission.

While students may not yet know Fr. Guiao by name, they’re likely already well-versed in his work. Fr. Guiao composed the music and wrote the lyrics for that staple of all-school masses: “Sing We Now to You, O Mary.”

Mr. Kelley ’62, a good friend of Fr. Guiao, called him a “true Ignatian” and “kind and compassionate person.” According to Kelley, Fr. Guiao will bring a lot of experience to his new job including teaching and work in Jesuit formation. “He is proud of his alma mater and excited about returning. He is greatly supportive of students and applauds their achievements,” Kelley said.