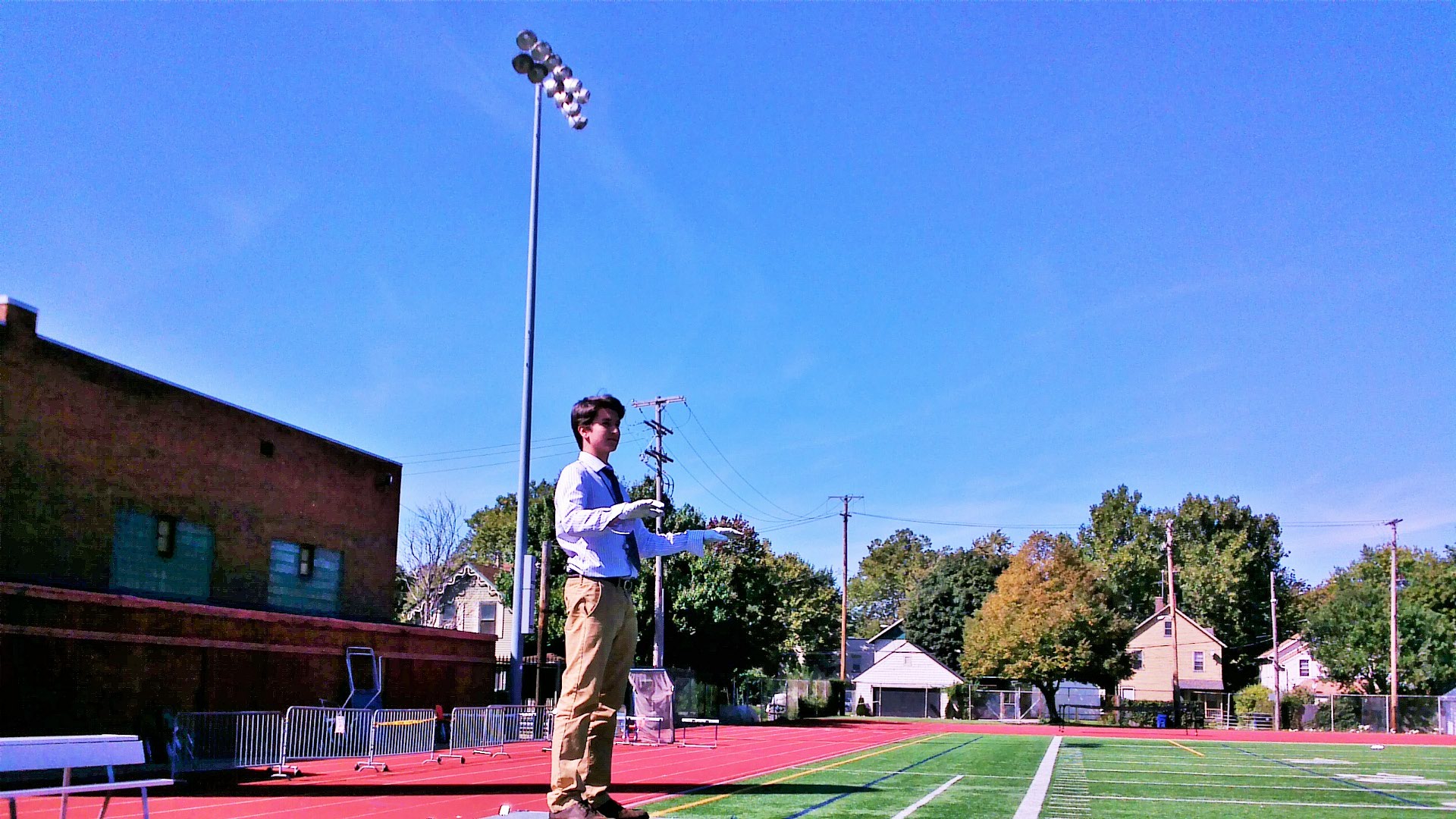 Holden Szalek ’15 represents a crossover of strong talents as a member of the varsity crew team and the senior drum major for the band.

Szalek began rowing crew during his junior year after a few friends encouraged him to join the team. By participating in crew, Holden helped row the team to a silver medal at the Midwest championship last year.

Along with his interests in rowing, Szalek is also an active member of the band. He began performing in the drum line during his freshman year. After an impressive per formance that year, he was promoted to drum line captain for his sophomore and junior years. By senior year he was promoted to drum major. He performs during halftime at the football games on the podium, directing the members of the marching Cats whom he claims, “make my job so meaningful and enjoyable.”

Along with leading the marching band, he has other musical interests. He is a drummer for his own rock band which is working on an album at the moment. The band will also be playing venues such as the High School Rock-off at the House of Blues.

“The amount of time we put into looking and sounding our best is immeasurable. Finishing a powerful song and hearing everyone appreciate with clapping, it is one of the greatest feelings. It’s much like crossing the finish line in a crew race,” he says.

Szalek attributes his multiple successes to his superiors. “Mr. Hamlin and Coach Connor are definitely men dedicated to making their respective activities the best they can be,” he reports.

Holden enjoys both activities and encourages others to try them as well. “Music and sports go hand in hand, and it’d be cool to see more guys attempt to dedicate themselves to learning an instrument and trying something different.”