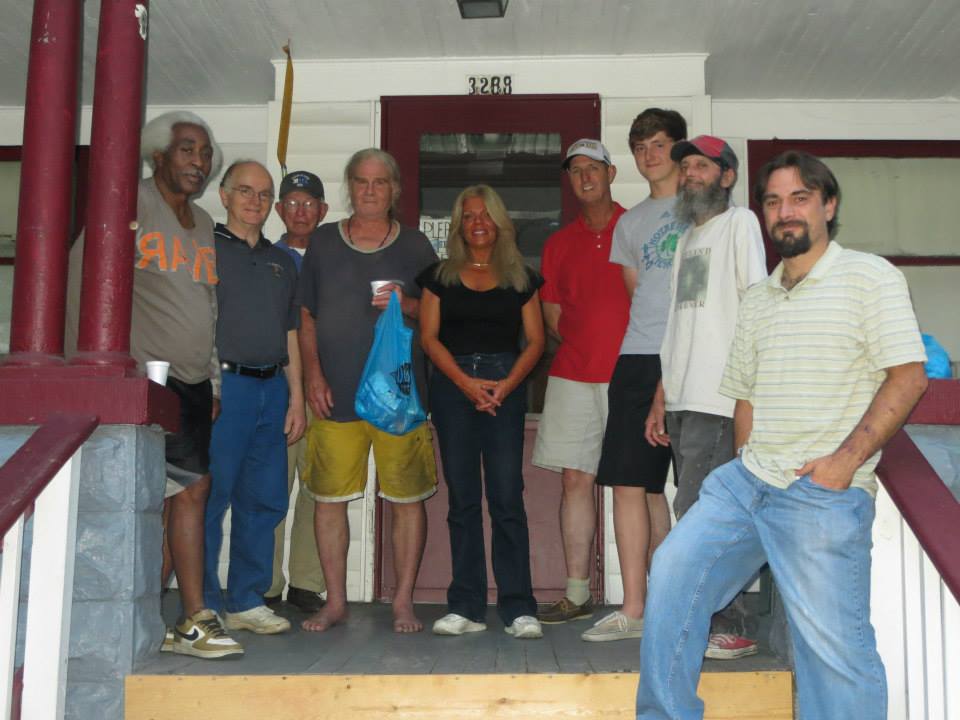 Imagine, you’re walking down a thin dirt path weaving in and out of a sparse cover of bushes and trees. On your right an ancient sewer access tunnel, above you, a brooding concrete highway bridge. The path sits at the top of a gently sloping ridge that ends in a long overgrown and blocked off access road. You carry four freshly cooked hot dogs in your hands. Then, you finally see it through the brush – your goal. The jury rigged yet elaborate, half bed sheet, half waterproof tarp structure that marks the dwelling place of two infinitely kindhearted yet very much in need souls.

The Saint Benedict Joseph Labre Ministry to the Homeless meets every Sunday, rain or shine, sleet or snow, to share not only food, physical nourishment, but companionship, spiritual nourishment just as well. Labre was founded in 2002 by Mr. Jim Skerl ‘74 and Mr. Edward Nolan, and they have since spent hundreds of Sundays in fellowship with the homeless of Cleveland. Over the years, thousands of students have served in this capacity and now Labre serves about 90 people every week.

The very first Labre Ministry was started here at Saint Ignatius, and the ministry has expanded to a number of other high schools and even universities such as Loyola University Chicago, John Carroll University, and Case Western Reserve University.

The average weekly Labre process starts with the Thursday Christian Action Team meeting at 3:05 p.m. This is where students sign up for not just Labre but all the CAT and Arrupe Service Initiatives. The next step happens on Sunday night around 6:00 p.m. when the students and adults going out for Labre make and bag meals in the Joseph Family Kitchen inside of Gibbons Hall to be given out to those who need them later that night. Following a quick prayer service in St. Mary’s Chapel, the participants load into the vans and begin going about the established routes through the city of Cleveland. Just because the routes are established most definitely does not mean that any two trips on Labre are the same. There are always new people to meet and develop relationships with, even in some of the least expected places such as a parking lot.

Yes, the homeless are very grateful for the food, blankets, clothes, and other supplies that the Labre Ministry brings them. They are even more grateful for something else: the companionship that our students, faculty, and families give to them week after week, which is far more important.

The core of the Labre Ministry is the building of relationships between the homeless and us. Even after some of the friends of Labre move off of the streets, we still visit them to see what’s going on in their lives and share experiences. Food is only a part of it, the relationships built and maintained are the true heart and soul of the Saint Benedict Joseph Labre Ministry to the Homeless.

As Jim Skerl ‘74 puts it, “After you touch the wounds of those in the city tonight, there’s no looking back. Cleveland will never look the same again.”