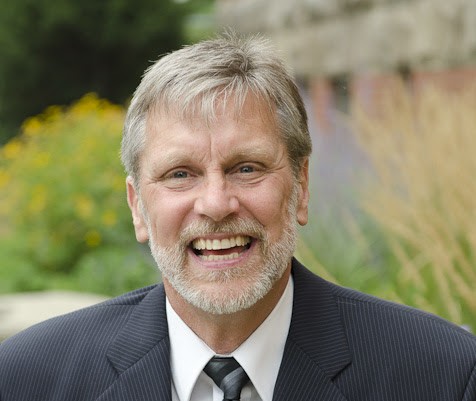 To many high school students, the question of a future profession is a daunting thought, a prospect shrouded in uncertainty. That was no different for Mr. Duane Drotar ‘70.

If one were to ask him as a senior what he was going to be when he was older, Mr. Drotar would have had nothing close to a definitive answer, and certainly nothing close to what he has dedicated his life to for the past 32 years– aiding and advocating for the poor and disadvantaged as well as teaching, coaching, and mentoring youth.

Mr. Drotar had his vocational revelation as a college student, but before he found God’s call to his career and before his formative years at Saint Ignatius, his journey to where he is today began when he was a young boy from St. Benedict’s Catholic grade school on the east side of Cleveland.

St. Benedict’s, no longer in existence, was in the Buckeye neighborhood a few blocks away from Benedictine High School. While there, Mr. Drotar spent a lot of time serving masses at St. Andrew’s Abbey where the Benedictine monks live.

Although attending Benedictine for high school seemed like a no brainer for a young Mr. Drotar, who had already formed close ties with the Benedictine monks and who went to a school which saw the vast majority of its students go to Benedictine, he had a yearning for something different.

So he decided to attend Saint Ignatius– venturing out to the unfamiliar west side of Cleveland to attend a school run by an order quite different than the Benedictines, and go to class with boys from neighborhoods unlike the urban setting he lived in.

“It was a cultural change,” said Mr. Drotar. Just as today, Ignatius drew mainly suburban boys, often from well off families, and Mr. Drotar wasn’t used to the “suburban atmosphere,” being surrounded by nice clothes and penny loafers while interacting with guys whose lives in Rocky River or South Euclid somewhat contrasted his experience in the city.

However, Mr. Drotar was able to assimilate into the new culture with the help of the school community, especially the Jesuits. “They made an effort to reach out and make me feel real comfortable,” he said. He also was able to connect with kids through basketball, his favorite sport, which he played all four years at Ignatius.

He wanted to play football too, but for financial reasons Mr. Drotar had to work to pay off his tuition, so he could only choose one sport.

Interestingly, Mr. Drotar did not develop his love of service at Ignatius. He had a few service experiences, but back then service work – the aspect of the student experience that most defines Saint Ignatius today – was not an emphasis of the school. It wasn’t until three years later that Fr. Pedro Arrupe gave his very inspiring and motivating “Men for Others” speech, and it wasn’t until a couple decades later that service at Ignatius became one of Ignatius’s central focuses.

[pullquote]
“There were Jesuits who I had in class who introduced this whole new way of thinking about what it means to be in the Church.”
[/pullquote]

Although he had yet to discover his lifelong passion, Mr. Drotar did cultivate a sense of spirituality at Ignatius which became the basis of his future calling. He went on retreats, learned about his faith in theology classes, and experienced a momentous time for the Catholic faith which he called “a redefinition of the Church”: Vatican II.

“The Jesuits were at the forefront of bringing these new ideas to the people,” he said. “There were Jesuits who I had in class who introduced this whole new way of thinking about what it means to be in the Church.”

While Mr. Drotar was slowly discovering more about himself, his faith, and the world around him, he still had a ways to go before finding his calling.

“When I was at Ignatius I couldn’t quite get my hands around it all,” Mr. Drotar said, describing his initially narrow view of life and his future. “I was still living for the weekends, making sure I got good grades. I wasn’t asking real serious questions about what I wanted to be.”

Mr. Drotar ended up going to Xavier University, still rather unsure about his future until he got to the end of his sophomore year, when he found a job which he thought would just help him get through college, but ultimately determined the course of his life.

He landed a job coaching and teaching at a grade school in an impoverished area right near Xavier, and immediately knew service was his vocation. Eventually Mr. Drotar started working exclusively in jobs dealing with the poor, addicted, and mentally ill, and served nine more years at churches, schools, and nonprofits in Cincinnati until he moved back to Cleveland.

In Cleveland, he began with short teaching and coaching jobs at places like Ignatius and Urban Community School until he dedicated the rest of his career to homeless services and neighborhood improvement – his career from 1989 onward, with the exception of a one year stint at Beaumont in 2001-02. Currently Mr. Drotar is the executive director of Salvation Army’s eastern territory.

“It was really the poor that helped me to become aware of my own self,” Mr. Drotar said, reflecting on his career. The people he has aided through his job not only helped him discover his vocation, but also revealed many hidden scars in his life.

“I was oblivious to my attachments and addictions because everything seemed to be going alright in my life,” he said. “I didn’t realize how much healing I needed.” And so Mr Drotar began to see his service as a symbiotic relationship, or “mutual healing” as he calls it,  where the one he serves is not the only one gaining something from the interaction.

[pullquote]
“It was really the poor that helped me to become aware of my own self.”
[/pullquote]

Because of his steadfast dedication to helping those in need and his great contribution to the Cleveland and Cincinnati service industries, Saint Ignatius chose him as one of two winners for the 2013 distinguished alumnus award.

Usually, this award is given to alumni who are very successful in the business world, so Mr. Drotar was unique in focusing more on service, the ethic that the school tries to engrain in the lives of its students.

“He’s an inspiration,” said Mr. Malone, Director of Alumni Relations. “You really couldn’t find a better example of someone living out the motto ‘Men for Others.’”