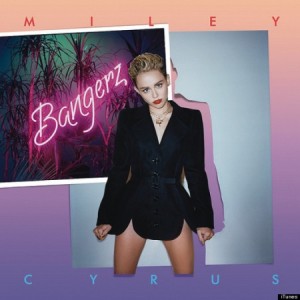 Miley Cyrus certainly has made quite a few change from average Disney star to twerking, attention-seeking pop star. I have never personally been a fan of Miley Cyrus, but I figured I would listen to her new album, “Bangerz”, which characterizes her new, “edgy” persona.

The first song, “Adore You,” immediately made me want to stop listening to the album altogether. It’s unoriginal in its tune and lyrics, using cliché love song lyrics and too many filler words like “hey” and “yeah.” “We Can’t Stop” follows that which, albeit a catchy beat, is really just uninteresting and gets annoying halfway through the first verse. “SMS(Bangerz)” is just atrocious, with annoying vocals and overused pop synth parts and beats blasting terrible noise in the background.

The middle section of the album manages to slightly redeem the album momentarily. “Wrecking Ball” is a bit over-dramatic but respectable, “#GETITRIGHT” actually has a kind of catchy tune, although the hashtag gives me a small headache, and “FU” has a good tune but bad lyrics, so just ignore Miley.

The rest of the album is pretty sub-par, ending with “Hands in the Air,” of which the best part is when Miley stops singing and Ludacris starts rapping. I suppose the album may be worth listening to, but I would not recommend buying the album, or adding any of its songs to your Spotify playlist. 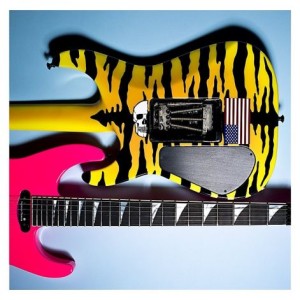 The third studio album of Sleigh Bells continues their dubbed “noise” or “shred pop”. It’s essentially a combination of heavily distorted guitar, synth, and prominent beats which combine to create an intense sound , creating a pump-up sort of feeling.

Bitter Rivals is a great addition to the band’s small collection of albums and offers some great new tracks utilizing this unique sound. The album starts out strong with the intense “Bitter Rivals,” and this strength continues throughout the album. The second track, “Sugarcane,” sounds remarkably similar to “Born to Lose,” a song from the band’s previous album, Reign of Terror, so it sounds great albeit a bit uncreative.

The intensity gets dialed back a bit for “You Don’t Get Me Twice,” “To Hell With You,” and “24” before being raised for the strong ending song of “Love Sick.” This is an interesting change for the band, however their slight divergence from what gave them success could hinder their future popularity and endeavors. I’m willing to look past that as this album is a welcome addition to the band’s lineup of songs and offers some fun and interesting music that’s worth a listen.