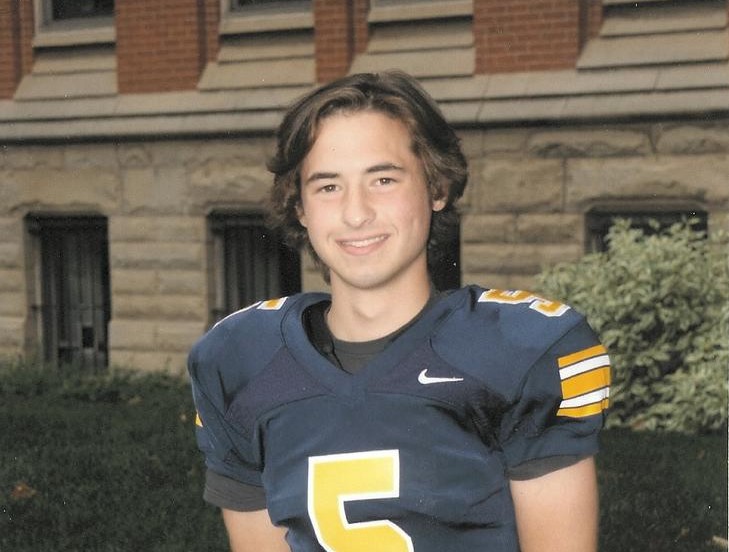 Matthew Colella ‘14 may be one of the more modest men around campus. Not only is he a vital part of the varsity football team and the key factor and MVP in our victory over St. Edward’s, he is also a talented aspiring artist.

Athletically, Matt’s contribution to the Varsity Football team comes as the varsity kicker. At the St. Edward’s game he managed to make 3 field goals which helped push the team to a 23-17 win. He has provided for a strong position that has produced important wins for the football team. 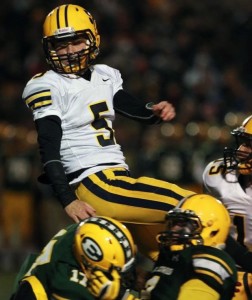 “[Football] helps build character by distilling discipline in the kids and teaching them how rewards only come with hard work,” Matt says.

Although he is an athlete, he thinks the school should put more emphasis on the arts curriculum.

“There should be an effort to incorporate artistic sensibilities into daily life at Ignatius,” Colella said.

He also thinks that students should try to build connections across the traditional divide between athletic and artistic communities at school.

“I feel people generally gravitate towards people with the same interests,” he said, “but there should be an effort to connect with other kids.”

In the future, Matt see’s himself possibly playing college football and “if I don’t I may try and take part in club football or soccer.” He also says he hopes to improve his art.

“[I will] keep practicing instruments and keep learning about music,” he said.