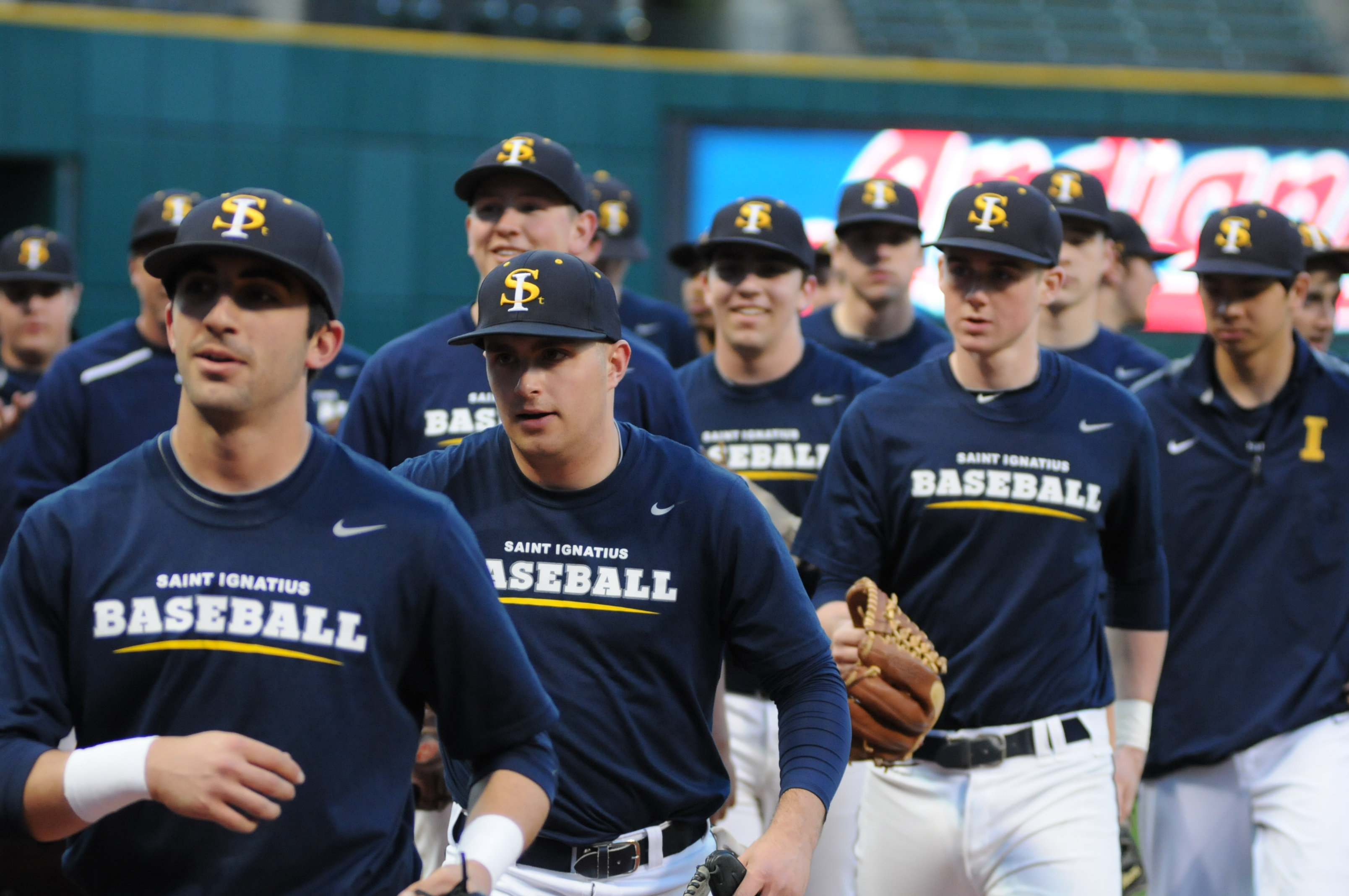 Friday was like a roller coaster ride, to say the least.

When we turned into Nobby’s Ballpark on the team bus, the sun was still shining, but that was only the calm…the calm before the storm. Saint Ignatius and Toledo Saint Francis were scheduled to face off for the Cleveland Regional crown, but after only the top of the 1st was played, lightning forced the teams to get off the field. Fans took shelter as the weather took a turn for the worse. Saint Ignatius did get a run off the Knights, as the ‘Cats came ready to hit. Nick Fabian flared a RBI single into left to give Coach Brad Ganor’s team a 1-0 lead. After Cole Nieto grounded into a double play, the delay began. Now, it would take scuba gear to play the game with a make-up at Case Western Reserve University this weekend.

Now, you may think that the rainout would be the end of Friday’s drama. But it was only the beginning. To say that the discussion of rearranging the game into the teams’ schedule was causing a lot of clamor is an understatement. Saturday, Saint Francis celebrates commencement for their graduating class. And you guessed it, Saint Ignatius celebrates their commencement on Sunday. On top of that, the Knights have to take a sizeable trip all the way from Toledo. Now, one may think that the Ohio High School Athletic Association had some back-up plans, but leaving it up to the coaches was the route that was taken. At first, coaches agreed on playing the game at Kent State University at 8 pm on Sunday. The thinking was that Saint Ignatius seniors could get to Kent State quickly after they celebrate the unbelievable thing called “high school.” But, Coach Brad Ganor then got a call from Cuyahoga Community College in Parma.

The next thing you know, we are now playing at noon on Sunday for a state final four berth. After one of the wildest afternoons I have ever seen, Sunday is going to be long awaited now! The game will resume with the bottom of the first starting up. Meanwhile, as the discussion between coaches and OHSAA officials was going on, the faithful Wildcat fans stayed in the rain to support the kids and coaches. Hats go off to them. See you Sunday in Parma, as Coach Brad Ganor has his team fired up for Sunday’s Regional Final conclusion. It should be a fun one.