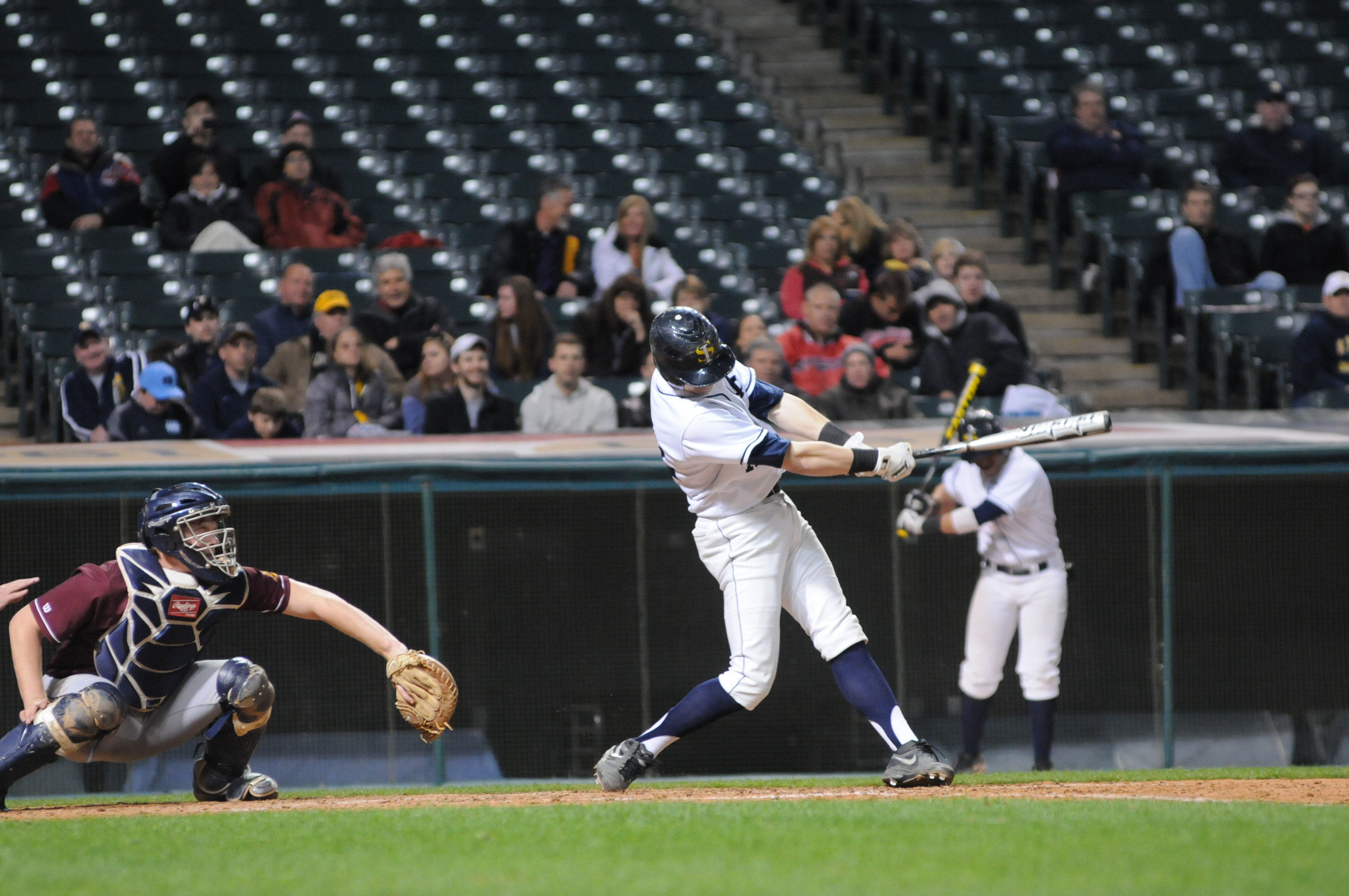 The OHSAA Baseball Tournament enters its third week with Regional games beginning Thursday in Division I. In Region 3, two showdowns take place, with Coach Brad Ganor’s Saint Ignatius Wildcats (#17 in AP State Poll), who were knocked out in the Regional Semifinals in 2012, facing off with the red-hot Avon Lake Shoremen.

In the Strongsville District, outstanding pitching from Tom Rolle and Nick Margevicius powered Saint Ignatius. Pitching and defense are as far as you will go, and that phrase has held true for Saint Ignatius.

Rolle fired a three-hitter in six complete innings, as he gave up two runs and struck out seven in the Wildcats’ 6-2 win over Midpark. A three-run third inning and a three-run fifth off much small ball drove the Wildcats. In 2006 and 2011, Midpark was the team who knocked out Saint Ignatius in District Championship games, but the ‘Cats would not be exiting in the District Semifinals. Midpark’s baseball legacy ended, as the school will merge with Berea next year.

On Saturday, the ‘Cats took on a team who had surprised a lot of teams on Friday, Normandy. The Invaders knocked out Brecksville-Broadview Heights in a District Semifinal, 2-0. They would not be stopping Nick Margevicius, who threw a complete game one-run gem. Dan Rowbottom’s go-ahead RBI triple in the 5th brought in Joe Khoury for the ‘Cats as Saint Ignatius won the Strongsville District Championship to advance to the Sweet 16.

Now, it’s time for the Shoremen. Coach Kevin Marlow’s team had quite a weekend at the Pipeyard in Lorain to win their District crown. It’s the first time since 2005 that Avon Lake has advanced this far. A three-hitter by Brett Kiser in their District Semifinal contest put sailed the Shoremen past stunned Amherst, 5-0. Three errors and two passed balls compiled by the Comets left Stanford recruit Griffin Weir and his team in the dark, as Avon Lake was riding a momentum high heading into the Lorain District Championship Game on Saturday evening. Midview almost never smelled a shot in the District Final. After scoring three runs in the first, Avon Lake relied on Matt Morissette as he delivered a great complete-game effort (also has 25 RBIs on the season). Big RBIs by Kyle Kuhar (27 RBIs this season) and Brad Hamilton, son of Cleveland Indians radio voice Tom Hamilton, in the second kept the scoring going in a 6-0 rout (.429 average, 6 HR, 27 RBI).

So, the fourth-seed in the Lorain District really is on a roll, as they toppled two teams who the Wildcats have both seen. Coach Brad Ganor is extremely impressed, and wants to keep 17-10 Avon Lake from being this year’s version of the state runner-up in 2012, Westlake.

Flashback: On April 26, Saint Ignatius took on the Shoremen at Progressive Field as part of the Cleveland Indians Charities High School Hardball Classic. The Wildcats improved to 10-5 with a 9-1 win over Avon Lake, as Coach Brad Ganor’s team batted around in the first inning with five runs on six hits. In a game that was more for the experience than for the final, Coach Brad Ganor says the result is “irrelevant,” and that this one “is completely different.”

Tom Rolle (5-0, 2.90 ERA) will be on the hill for Saint Ignatius on Thursday afternoon at Case Western Reserve University, while it looks like Avon Lake will go back to Brett Kiser (4-2, 2.78 ERA).

The Wildcats are led by clean-up hitter Nick Fabian (.370) and Illinois recruit and lefty Dan Rowbottom (.366) at the plate. Defensively, Tyler Finkler has been nothing short of excellent for the ‘Cats, as the Ohio U recruit has made great play after great play.

Conor Hennessey’s Flying Around the Base Paths! Coach Brad Ganor calls the single-season individual steals record, “an unbelievable accomplishment to have labeled beside you,” as Conor Hennessey has that right next to his name now on the Saint Ignatius record boards. As a team, the Wildcats are at 100+ steals on the season, with Hennessey having 28 stolen bases on the season. He breaks Frank Desico’s (Class of 2009 and Notre Dame standout) record of 27, set back in the ’09 season. With temperatures lurking towards 90 degrees, it will feel like the dog days of summer tomorrow, but there’s no sleeping on this match-up. Time to get out the Koolaid and get on the edge of your seat! The game will be broadcasted on the Saint Ignatius Broadcasting Network. Tune in to all the action by going to Ignatius.edu/sibn.

Division I Regional Semifinals (All on Thursday) – All rankings are from final AP State Poll:

Let the Sweet 16 in the OHSAA Baseball Tournament begin!